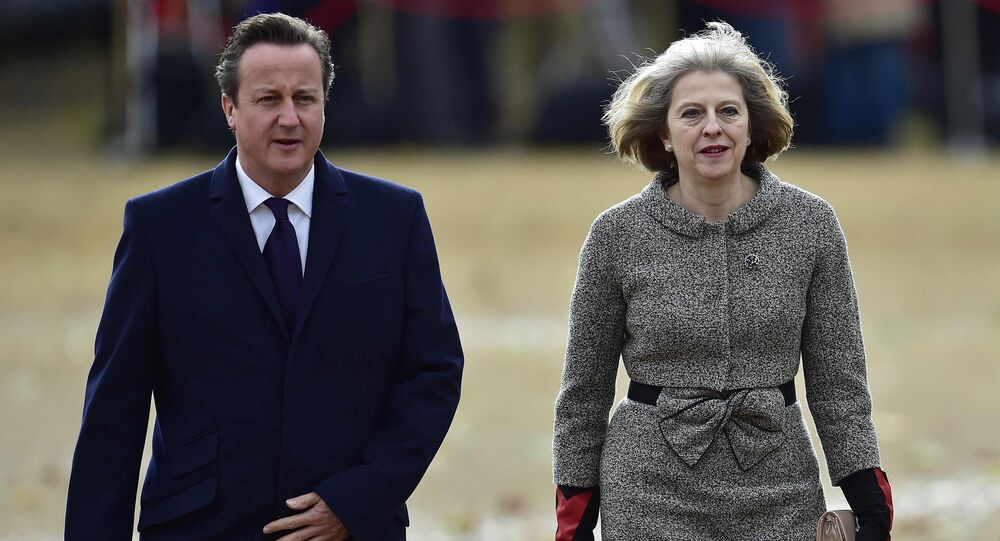 The former Prime Minister made the comments in his latest extracts from his memoirs, where he defended his austerity programmes against British public services and dismissed criticisms against his actions, calling them "hysterical".

Former UK Prime Minister David Cameron has sparked a wave of backlash after saying that he should have "ripped the plaster off" of his austerity programmes.

His deep austerity cuts came as greater numbers of British people were forced to use food banks or become homeless. But in his latest revelations to the Sunday Times, the former Tory PM said that he should have imposed greater austerity measures on the British people as he was forming a coalition with the Liberal Democrats.

For 3 years I have kept relatively quiet about politics. But I think it’s right former PMs write their memoirs, to explain what they did and why. For the Record is out Thursday. Serialisation starts in today’s @thetimes https://t.co/rsFKeY4jSV

Mr Cameron said: "My assessment is that we probably didn't cut enough. We could have done more, even more quickly, as smaller countries like Ireland have done successfully, to get Britain back in the black and the get the economy moving.

He added: "Those who were opposed to austerity were going to be opposed – and pretty hysterically – to whatever we did. Given all the hype and hostility, and yes, sometimes hatred, we might as well have ripped the plaster off with more cuts early on.

Mr Cameron added that his Cabinet was "taking the flak for them anyway" and should have "taken advantage of the window of public support for cuts when it was open".

The former PM added: "Day after day, the airwaves were thick from hyperbole from interest groups. We were cutting just £1 in every £100 spent, but you'd think we'd reinstated the workhouse."

But Mr Cameron's comments invoked outrage across social media just a day after he had garnered support after a Guardian columnist accused him of feeling "privileged pain" over the death of his late son Ivan, setting Twitter into a tailspin.

"Not even David Cameron believes what he's saying here," he said. "His legacy was a poorer, more unhappy country" that was "moving ever closer to meltdown".

​Andy Slaughter, Labour MP for Hammersmith, said that the UK deals with the "real harm [Cameron's] austerity caused every day" and slammed the former Tory leader's double standards for seeing "Gove and Johnson as liars and extremists".

​Laurie Macfarlane, economics editor for OpenDemocracy, said that if Mr Cameron "thinks this wasn't 'hard or fast enough', I dread to think what he was hoping for.

​Angela Rayner, Shadow secretary of state for education, roasted Mr Cameron, calling him a "wretched PMM whose legacy was one of failure and who brought division to the country".

One cheeky netizen asked if Cameron had named the pig head "Austerity", in reference to the "Pig Gate" scandal involving Cameron during his university years as an initiation ritual at the Piers Gaveston Society.

Shadow chancellor John McDonnell responded in a press statement that Cameron "clearly has no idea of the scale of human suffering his austerity cuts inflicted on our communities".

He said: "This confirms how cut off this privileged class of Tories are from the everyday lives of our people.

The comments come just a year after the United Nations special rapporteur on extreme poverty said that the UK government had inflicted "great misery" on British citizens via its "punitive, mean-spirited, and often callous" cuts to public services.

​The former head of No 10 entered into a coalition with the Liberal Democrats in 2010, forcing then-LibDem leader Nick Clegg backtracked on promises made in his party's manifesto not to increase university fees, affecting much of the British youth who struggled to find the education needed for future employment.

Cameron released a trove of memoirs to the Sunday Times, where he railed against UK Prime Minister Boris Johnson and his cabinet, calling Chancellor to the Duchy of Lancaster, Michael Gove "a bit cracked" and a "foam-flecked Faragist," referring to Brexit Party leader Nigel Farage. According to Cameron, Mr Johnson had only backed the Leave campaign because it would help him gain leadership of the Conservative Party, adding that doing so "would help [Johnson's] political career".

Cameron Is a Coward