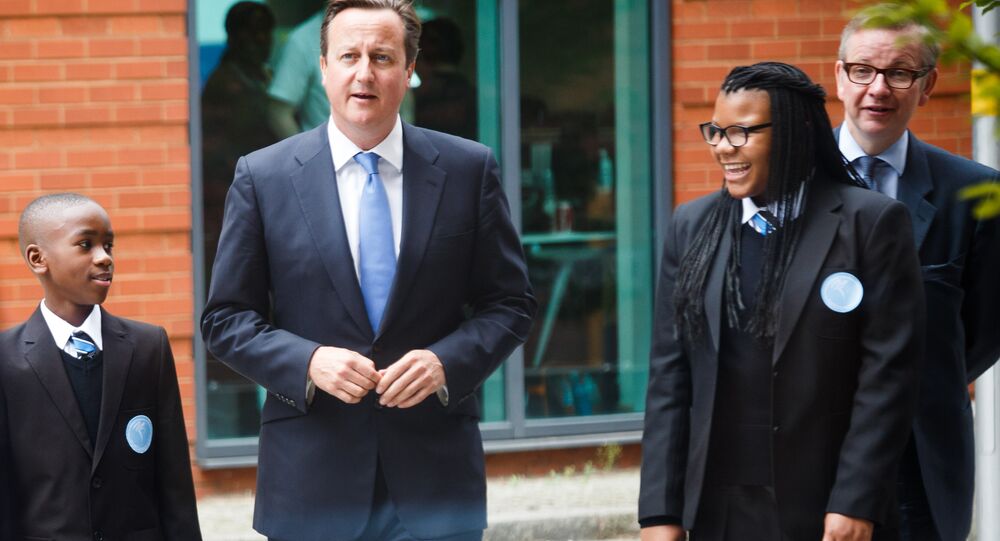 David Cameron, who was Prime Minister from 2010 until he resigned just after the 2016 Brexit referendum, has published his memoirs. The book, For The Record, has been serialised in the Sunday Times.

The former Prime Minister David Cameron has recalled Boris Johnson describing fellow Tory leadership contender Michael Gove as being “a bit cracked” after Gove stabbed him in the back during the 2016 leadership contest.

Mr Johnson had been the hot favourite to win the contest after Mr Cameron stepped down after voters rejected his call for them to vote for Britain to remain in the European Union.

Mr Gove backed Mr Johnson but became disillusioned after he repeatedly failed to turn up for meetings or discuss detail and then publicly came out and poured scorn on Mr Johnson and put himself forward for the job.

​Mr Johnson was forced to pull out but Mr Gove’s treachery did not reflect well on him and he dropped out of the leadership election, which was won by Theresa May.

The Sun reported that Mr Cameron said, in his memoirs: “I couldn't resist texting the former front runner 'You should have stuck with me, mate’.”

Mr Cameron said Mr Johnson’s reply was: “Blimey, is he a bit cracked?"

​Mr Cameron said he ignored the comment but Mr Johnson said in another text: "Great speech last night, everyone watched and thought we'd all gone insane to lose you and people were looking at me as if I was a leper, but you had eleven hard years of party leadership and six superbly as PM, more than I will ever do. Boris."

Boris Johnson has been the leader of the Conservative Party and Prime Minister since 24 July - 54 days - and there is already talk of him facing a vote of no confidence in Parliament and a General Election, which he may well lose.

​Mr Johnson could have the shortest tenure as Conservative Party Prime Minister since Andrew Bonar Law, who took over in October 1922 and fell on his sword in May 1923.
In his memoirs Mr Cameron also revealed a conversation he had with Mr Gove on the day after the Brexit referendum.

Mr Gove had been on the Leave side and Mr Cameron said: "I was on autopilot, calmly conceding defeat and offering my congratulations. He sounded more shocked than anyone."

I have written to Michael Gove asking for full disclosure of his knowledge of Vote Leave’s illegal payments. If he does not make disclosure, as Secretary of State responsible for data protection, he is breaking the Ministerial Code. pic.twitter.com/CX62PetElz

​In extracts from the book published over the weekend Mr Cameron described Mr Gove as a "foam-flecked Faragist," a reference to Nigel Farage, the former UKIP leader who now heads the Brexit Party.

Mr Cameron also said he felt Mr Johnson only backed the Leave campaign because it would endear him to the grassroots of the Conservative Party and enhance his chances of winning the leadership.

"The conclusion I am left with is that he risked an outcome he didn't believe in because it would help his political career," wrote Mr Cameron, who went to Eton College with Mr Johnson.