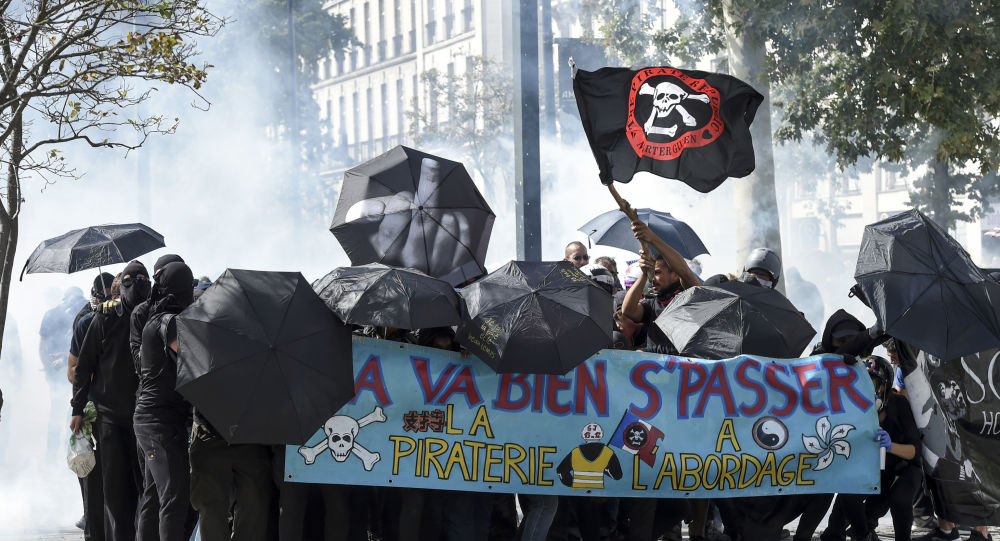 MOSCOW, September (Sputnik) - At least 35 people have been detained as a result of the yellow vest protests in the city of Nantes in western France on Saturday, local police said.

"Thirty-five people have been detained since the morning," the police of the Loire-Atlantique department, where Nantes is located, tweeted.

About 1,800 rioters marched in the centre of the city, according to local media. During the rally, protesters were breaking windows and confronting the police officers. Police had to use tear gas against some of the protesters. Three policemen and two gendarmes were injured during clashes with aggressive protesters, the police said.

This has been the 44th round of Yellow Vests protests in France.

© AFP 2019 / SEBASTIEN SALOM-GOMIS
A protestor is arrested by French gendarmes during the "Yellow Vests" (Gilets Jaunes) movement in Nantes, Western France on September 14, 2019.

The wave of the yellow vest rallies started in the country in November of 2018 over planned hikes in fuel taxes. While the French government abandoned its plans to raise fuel taxes and introduced other measures to improve the country's socio-economic situation, protesters continue to take to the streets across France every weekend for demonstrations to express their discontent with government's policies.