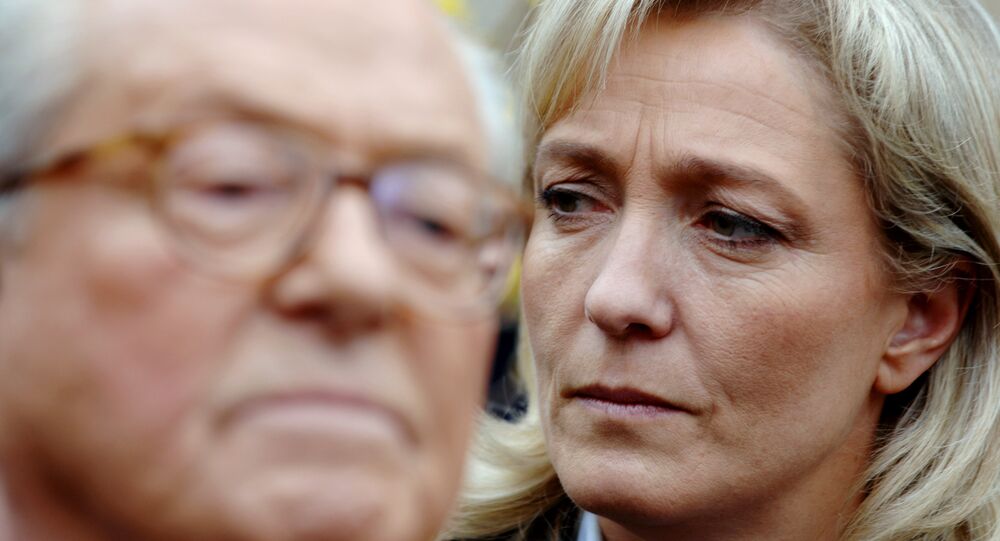 The former head of the party now known as National Rally was earlier stripped of parliamentary immunity over an ongoing investigation into mismanaging EU funds.

Jean-Marie Le Pen, founder of the National Front, was charged on allegations of illegally spending EU parliamentary funds to pay party staff based in France, AFP reported, citing his lawyers. Prior to this, the defendant was grilled by judges regarding the work of three of his aides for over four hours.

"[Le Pen] is very tired of all this. [The case is an] incursion of the judiciary into the legislature", one of his lawyers, Frederic Joachim, said.

Le Pen was stripped of parliamentary immunity following an investigation in March 2019. Prosecutors believe that the former head of the National Front, now known as National Rally, paid party staffers as though they were working as assistants of MEPs, when in fact they never had any such jobs.

Investigators suspect that around 7 million euros were embezzled in the National Front's scheme between 2009 and 2017.