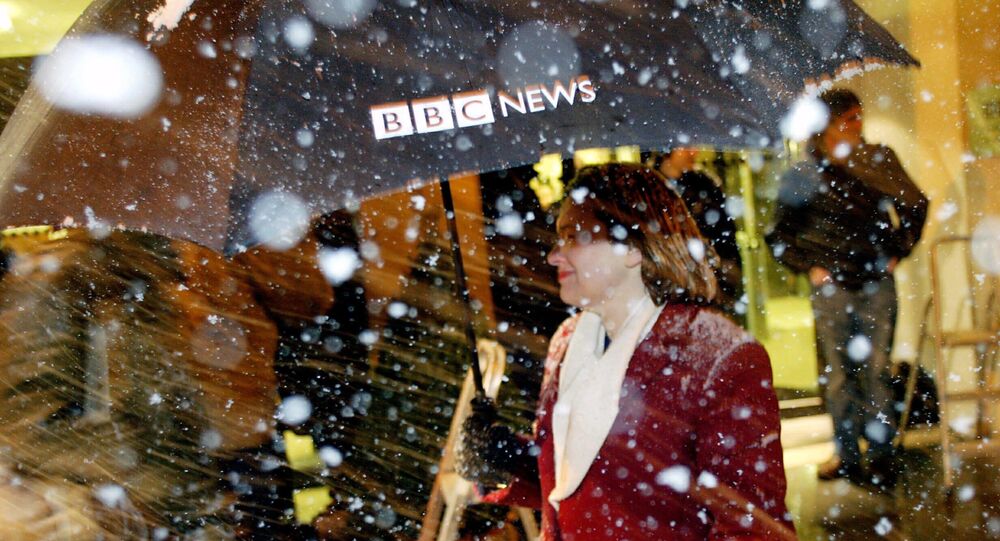 Despite the British state broadcaster swiftly taking down the foul-mouthed comment, many caught sight of it, rolling their eyes at the media outlet’s appalling language standards.

It came as a genuine shock for BBC News viewers when in the midst of an early evening programme aired earlier this week and discussing online bullying there popped up a blatantly rude social media comment on the TV screen reading, with characters uncensored: “I love to f*** your ass”.

The lewd message appeared as part of a screenshot of comments below the photo of a plus-size female model at a gym wearing workout gear looking directly at the camera lens, prompting viewer, Ted Baker, to take to Twitter to share his disgust:

@BBCLondonNews since when has it been acceptable to show such disgusting language in the news? This was displayed in your BBC London broadcast today on swim serpentine. pic.twitter.com/rWqD3AIKLJ

"Since when has it been acceptable to show such disgusting language in the news?” he posted, with another viewer cited by the Mirror saying she was “absolutely appalled” by the BBC’s standards.

A BBC spokeswoman reacted promptly, asserting the initially overlooked mistake had been spotted “immediately” and the image deleted.

The UK’s national broadcaster has on multiple occasions found itself in hot water over blunders and the controversial use of language. Back in June, it was blasted for “racism” after a BBC Two comedy show unambiguously called “Tonight with Vladimir Putin” was found to have portrayed Meghan Markle as a moody, foul-mouthed puppet living in a caravan and constantly threatening her sis-in-law Duchess of Cambridge Kate.

In a separate case, BBC Radio 4 host Michael Buerk spawned backlash as he openly welcomed Britain’s NHS to let obese people die earlier in "self-sacrifice", so the state coffers could shrug off the responsibility of dealing with obesity across the nation – something he said should not be classified as a disease.