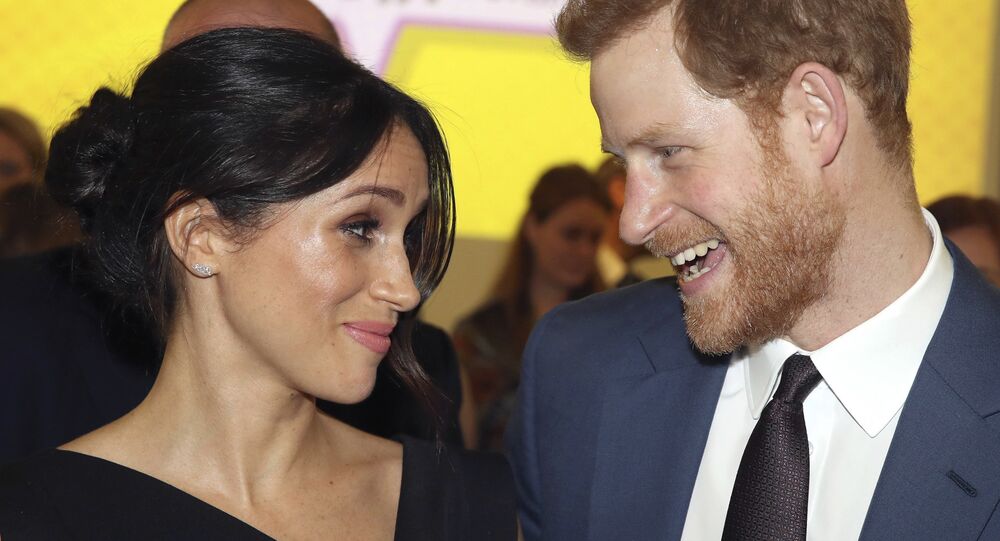 The national broadcaster was immediately blasted for its “racism” after the show was found to depict Markle as a moody, constantly swearing puppet living in a caravan who threatens her sister-in-law Kate the Duchess of Cambridge Kate.

“This is racist. Full stop. I will not support BBC again. It [sic] gross”, someone spoke out on Twitter, with another no less outraged netizen calling to bombard the BBC with complaints:

“I sent mine. Do not hesitate to send your complaints to @BBC”, he wrote.

“Darkening Meghan Markle’s skin to portray her as an angry trailer trash with a knife is racist, disgusting, disrespectful to every single black men and women.#meghanmarkle #Sussexsquad #BBC”, a different user thundered.

Many more among the Duchess’s ardent supporters jumped on the bandwagon pointing to her skin intentionally being darkened in a “racist” attack:

I am an ardent supporter of Duchess Meghan. I was skeptical about BBC intentions from the beginning. But what shocked me is the darkening of the skin tone. What message is BBC sending? Is being self-confident means angry and threathening? Funny? No, Just sad.
#meghanmarkle pic.twitter.com/vNhPfvXg6w

Why did the #BBC darken Duchess Meghan skin tone for the sketch? Inside The Racist Online Attacks On Meghan Markle https://t.co/il2IQXUyLv pic.twitter.com/xYjVvAvDSj

Another chose to strike back stressing her impeccable resilience and strength of character:

Of course, the trolls and the HATE group MEGXITs are just loving this. BBC has just tried to marginalized Duchess Meghan, but she is strong, self-confident, and resilient. She has a great support system, her husband, son, and best supporters from around the world. #meghanmarkle pic.twitter.com/YC02ZBceBH

“@BBC so darker skin equals trash? Even though it’s the white side of her family that exemplify ‘trailer trash’ narrative”.

The spoof show features one of the characters wondering:

“What makes you angry?”

…  and the buffo, Gbemisola Ikunelo, replies with an anecdote about the Duchess of Cambridge asking to borrow Markle’s hairbrush for a second.

“I say no because that’s gross and then I leave my room and come back and I can tell she’s used my hairbrush anyway because it’s covered in skanky hair that’s going grey and I say, ‘Stay the f**k out of my trailer or I’ll cut you, Kate’”.

The mockery show egearly exploits all the rumours and media reports linked to the actress-turned newly-minted royal, with the Markle puppet depicted as over-defensive about her marriage into the high-ranking family.

For instance, as one woman expresses a genuine interest in what it is like being married to the Duke of Sussex, Meghan saucily responds with a reciprocal question:

“I’m just wondering why you’re so interested there, missy?” she asks.

The spoof equally freely exploits Meghan’s difficult relationship with her estranged father, Thomas Markle. “I’d just like to know: how’s your dad?” one character askes in the show, prompting the Meghan actress to strike back, not bothering to answer whatsoever:

“Great question. Next”, she articulates.

Meghan Markle, who is known to have a slightly darkish complexion, has recently been a target of all sorts of racist remarks and wide speculation about the way her reportedly self-assertive nature has been adapting to the new out-of-Hollywood life. Just last week, a nineteen-year-old UK teen of Polish descent, Michal Szewczuk, made headlines after being  sentenced to four years and three months in prison over his incendiary social media post blasting Prince Harry for being a "race traitor".

Separately, media has been eagerly chewing over rumours of Meghan's tensions with her sister-in-law Kate, with sources-based reports stating that the Sussexes' recent move to Frogmore Cottage from Kensington, where they used to live side by side with Prince William's family, was not accidental.