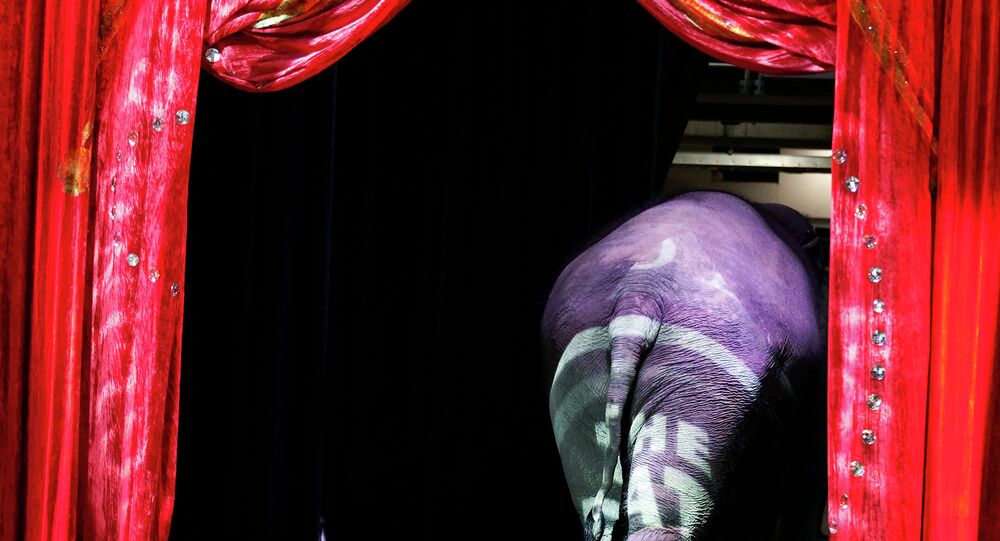 A decision by the Scandinavian country's government to buy out four remaining circus elephants that fell under a recently introduced sweeping anti-cruelty law is expected to set taxpayers back over $1.6 million.

The government of Denmark has announced a decision to buy out the country's four last circus elephants and place them in honorary retirement.

This measure was dictated by a looming anti-cruelty law about to be introduced in the Danish Parliament. If passed, the law will impose a blanket ban on animals in the already highly regulated area of circus entertainment.

The government will pay 11 million krone ($1.6 million) to relieve Ramboline, Lara, Djunga and Jenny from their circus duties. Instead, the animals will be placed in a yet-to-be-named zoo to live out their last days.

“The elephants will be sent to the establishment that can offer them the highest level of well-being”, the Food, Agriculture and Fisheries Ministry said in a statement.

However, the costly decision has triggered a mixed bag of reactions.

“It is apparently easier for the government to live up to its pension promises when it comes to circus elephants than people”, MEP Morten Messerschmidt of the right-wing Danish People's Party tweeted.

​Ordinary netizens were also divided over the decision. While some hailed it as “humane”, “good news” and “a step toward animal welfare”, others bickered that it was a waste of public funds.

“How is it even the responsibility of the state? Where does it stop? Don't they also have tired dogs and somewhat chubby cats to help? It must have been completely impossible for you to come up with something more imperative. Everything else is clearly good in Denmark”, a user tweeted bitterly.

​“Cheers from 25 million pigs who ask whether all animals are equal”, another one sneered, hinting at one of Denmark's most lucrative export branches.

​Another one ventured the handling of the elephants was “populism compliments of taxpayers”, while still another said it was “madness”.

More than 40 countries around the world, about half of them in Europe, have restricted or banned the use of wild animals in zoos.