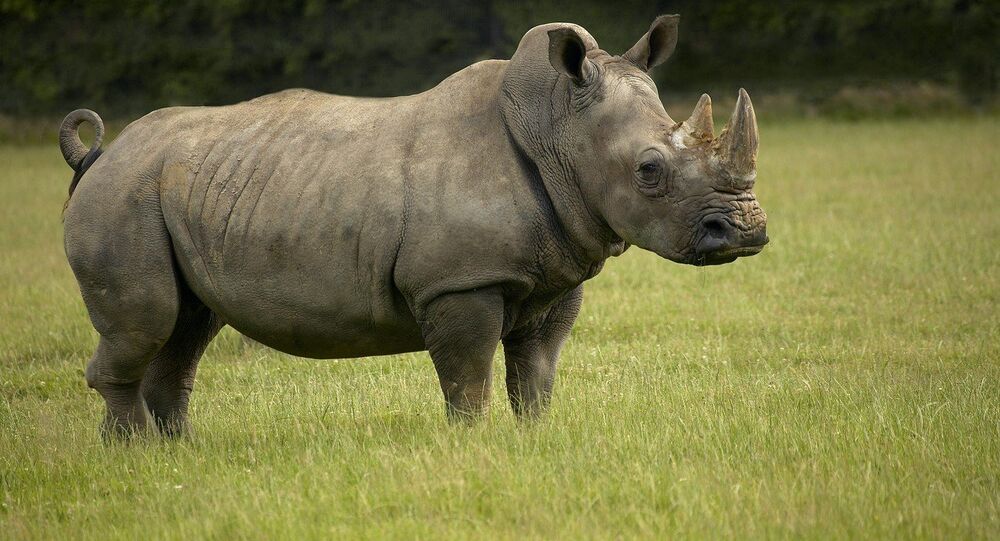 Copenhagen Zoo Puts Down Rare White Rhino for 'Its Own Good'

The controversial Copenhagen Zoo has a mixed reputation due to its practice of culling rare and exotic animals it deems “superfluous”, and occasionally making a show out of it.

An endangered white rhino has been killed at Copenhagen Zoo, the zoo has announced in a press release.

Zoo veterinarian Mads Bertelsen explained that the animal had been afflicted by a skin disease for more than three weeks, and had lost as much as 400 kilograms.

“We have done everything we could to save our rhinoceros, but it is also our job to assess when enough is enough,” he said in a press release.

“We have treated him extensively during this period, but the wounds in his mouth meant he had lost the desire to eat. He was now so weak that we didn't want to keep him alive any longer out of concern for his own well-being,” Bertelsen explained.

The rhino came to Denmark in 2000, first staying at Knuthenborg Safari Park on the island of Lolland, and then moving to Copenhagen Zoo in 2012.

Despite his untimely death, he made an important contribution to the endangered rhinokind, having fathered three calves. Two more are due early next year.

“In the midst of all the sadness, we can happily rejoice that this male rhino ended a baby-drought of more than 30 years in the rhino stable, first by becoming the father of a single rhino boy and then two more, who are currently running around the Savannah,” Bertelsen explained.

Scandinavian, and Danish in particular, zoos previously sparked international controversy with their practice of culling animals deemed “superfluous” or “genetically inferior” and dismembering them in public. While numerous leopards, tigers, lions and bears have been put down in recent years, Marius the giraffe, who was killed with a stun gun and fed to lions in front of a crowd of children, arguably remains the best-remembered example of Denmark's “zoothanasia”.

© AP Photo / POLFOTO, Rasmus Flindt Pedersen, File
This is a Sunday, Feb. 9, 2014 file photo of the carcass of Marius, a male giraffe, as it is eaten by lions after he was put down in Copenhagen Zoo