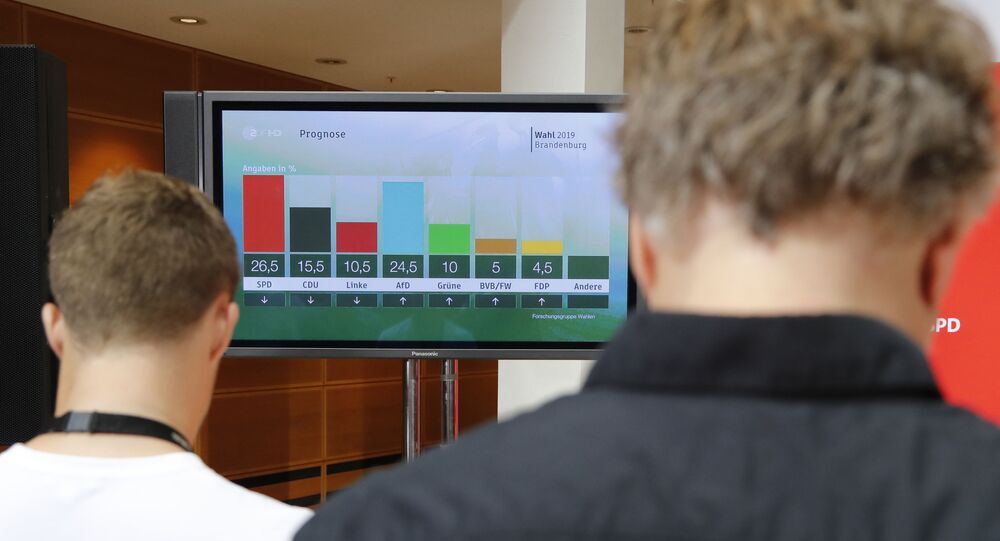 Polling stations opened at 8 a.m. (06:00 GMT) on Sunday in Germany's eastern states of Brandenburg and Saxony, which in total have over 5 million residents eligible to vote in the regional elections.

Exit polls indicate big gains for Germany's right-wing Alternative for Germany (AfD) party that has managed to win over Merkel's CDU party in Germany's state of Brandenburg, gaining 22,5 percent of votes against CDU's 15,5 percent. However, the palm of victory has been obtained by the SPD that has gained 27,5 percent of the votes.

At the same time, exit polls in the state of Saxony have shown that CDU receives 32 percent of people's support while the AfD stands behind by five percent, gaining 27,5 percent of the votes.

Exit polls show a drastic shift of public support towards the right-wing forces as, during the last elections in 2014, the AfD gained just 9,7 percent of votes in Saxony and 12,2 percent in Brandenburg.

The results could have shock wave consequences for the already floundering government coalition of German Chancellor Angela Merkel's Christian Democrats with the centre-left Social Democrats.

In 2017, AfD, which has adopted a tough anti-migrant stance, entered Bundestag for the first time in the party's history.