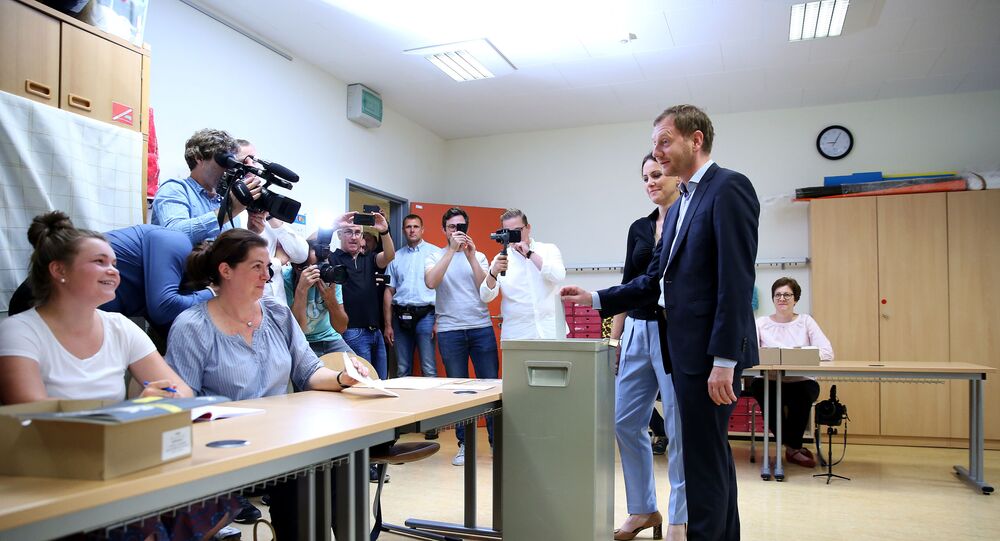 BERLIN (Sputnik) - Polling places opened at 8 a.m. (06:00 GMT) on Sunday in Germany's eastern states of Brandenburg and Saxony, which in total have over 5 million residents eligible to vote in the regional elections.

Polling places are open until 6 p.m.

Sunday's regional elections could bring big gains for the right-wing Alternative for Germany (AfD) party. According to an early August poll, the party is poised to win about a quarter of the vote in Saxony and come in first in Brandenburg with 21 percent.

If AfD wins the state elections, which will be the first time in Germany's history, it could have shock wave consequences for the already floundering government coalition of German Chancellor Angela Merkel's Christian Democrats with the centre-left Social Democrats.