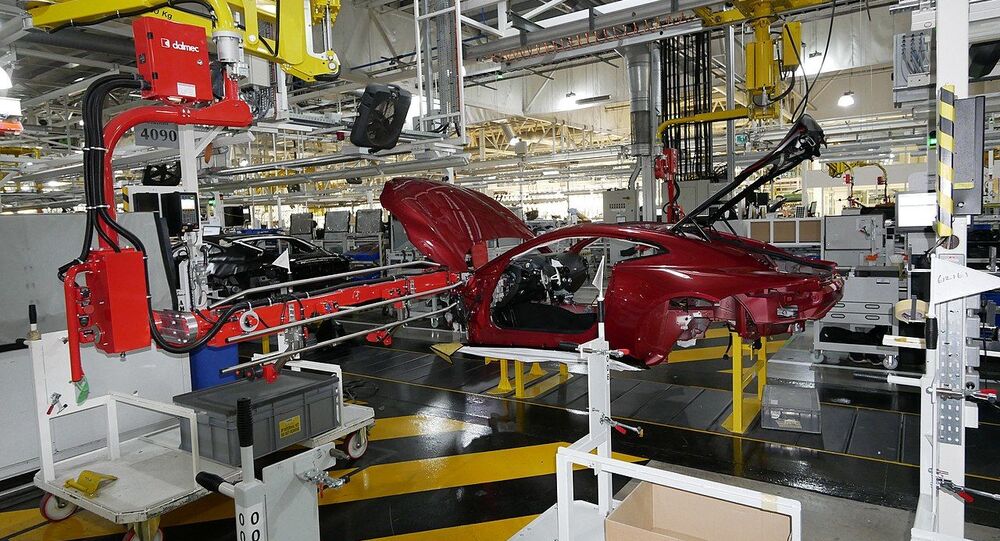 MOSCOW (Sputnik) - The UK-based Society of Motor Manufacturers and Traders (SMMT) raised concerns on Thursday over the continuous decline of domestic car production since May 2018 and urged UK politicians to secure a Brexit deal as soon as possible.

"Another month of decline for UK car manufacturing is a serious concern. The sector is overwhelmingly reliant on exports and the global headwinds are strong, with escalating trade tensions, softening demand and significant technological change," SMMT Chief Executive Mike Hawes was quoted as saying.

Hawes noted that there was an urgent need for a Brexit deal to attract investment, which is vital for the industry.

"With the UK market also weak, the importance of maintaining the UK’s global competitiveness has never been more important so we need a Brexit deal – and quickly – to unlock investment and safeguard the long term future of a sector which has recently been such an international success story," Hawes said as quoted in the statement.

According to the figures provided by the SMMT, UK car manufacturing decreased by 10.6 percent in July, with 108,239 units produced, which is the 14th successive month of decline. The number of cars produced between January and July has dropped by 18.9 percent compared to the same period in 2018.

UK Prime Minister Boris Johnson made it clear that he wanted the United Kingdom to leave the European Union "come what may," although he said he preferred an orderly exit.

On Wednesday, Queen Elizabeth II approved Johnson's proposal to suspend parliament, allowing the shutdown to begin on a day between September 9 and September 12 and last until October 14. The suspension leaves lawmakers only two weeks to pass any laws that would prevent a no-deal exit from the European Union.