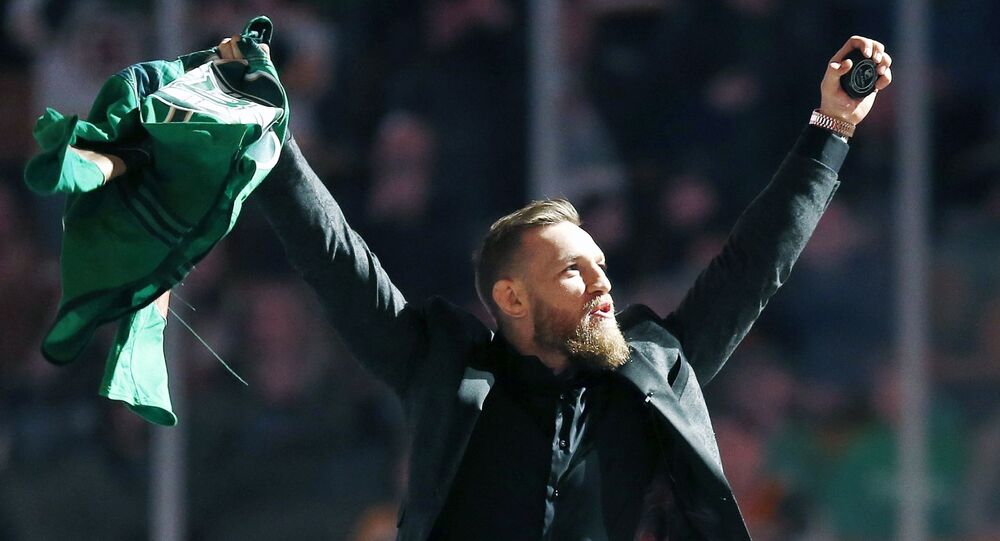 Earlier this week, a video appeared on the Internet showing notorious UFC fighter Conor McGregor punching an elderly man in the head at a pub.

According to the Irish Mirror, the 50-year-old Dubliner couldn't leave his house for several days after receiving a punch from McGregor.

"His face was very sore and he definitely knew he had been punched. He was very shook by the whole thing and didn’t leave his house for days", the man's friend told the outlet.

However, according to the source, the alleged victim doesn't want an apology or money from the UFC fighter, he just wants justice.

The incident, during which the UFC star punched a man in the face, occurred in April, though the video was made available to the public only this week.

Commenting on the matter, Russian UFC fighter Khabib Nurmagomedov, who defeated McGregor last October, said that he has "lost his mind" and that the government should step in.

This is not the first violent incident involving the UFC fighter. Earlier in March, McGregor smashed a phone out of a fan’s hand and then walked away.