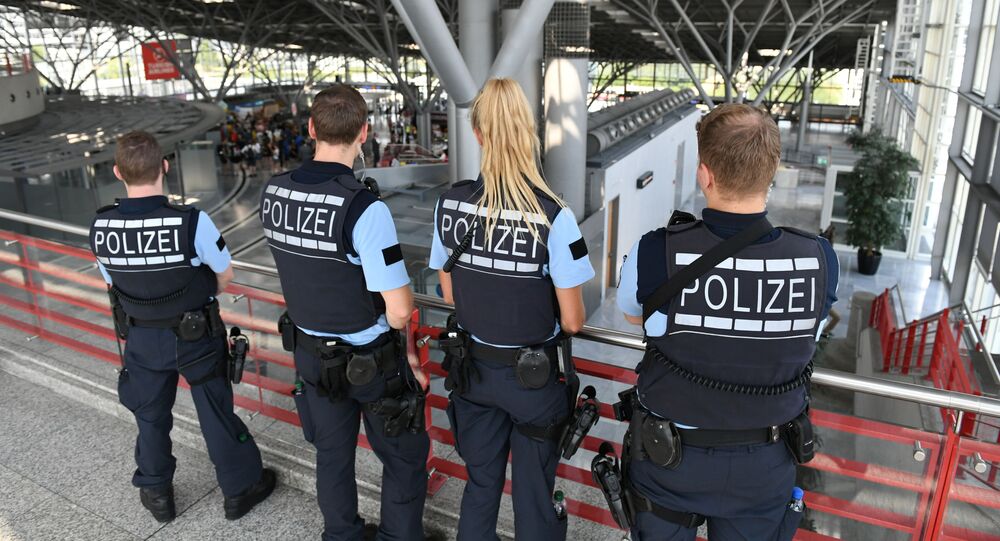 Syrian, Suspected of Killing German Roomie With Sword, Was on Police Radar for Shoplifting - Reports

The deadly attack in Stuttgart, witnessed by dozens of locals, reportedly followed a heated argument between the 28-year-old Syrian and a 36-year-old German. Although the prime suspect has already confessed to the crime, his motives are still unclear.

The German police are trying to find out what prompted a tragedy in Stuttgart, where a German of Kazakh origin, as reports suggest, was slaughtered in plain sight. Investigators are planning to question residents, the victim’s acquaintances, and the 28-year-old suspect from Syria, arrested after the attack. Although he has confessed to the murder, his motives remain unclear. Police have excluded any political or religious (namely, Islamism) reasons, suspecting some personal motive.

Police have already announced the alleged perpetrator and the victim had apparently known each other and had earlier shared an apartment in Stuttgart but that the Syrian moved out in December, as media reports suggest. According to the authorities, the suspect is a Syrian citizen, registered in Germany; however, his identity is yet to be finally clarified. He reportedly arrived in the country in 2015 amid the influx of migrants, fleeing war and economic struggles in the Middle East, and received a residence permit. As a police spokesman previously revealed, the man had been on their radar before the attack. The German newspaper Bild reports he has been convicted of shoplifting and property damage.

The attack, described by the police spokesman as "extraordinary and horrific" happened on Wednesday evening when the Syrian allegedly stabbed his roommate to death with a sword-like weapon in broad daylight in the centre of a street in southern Stuttgart. According to eyewitnesses, the two men were arguing, with the suspected assailant repeatedly asking the victim "Why have you done that?" before stabbing him.

Numerous videos later emerged online. They featured the attacker stabbing the victim on the ground several times, then hacking off his arm and fleeing the scene. He tried to escape using a bicycle, but police, who were pursuing him by helicopter, detained him the same day.

Following a major influx of refugees in 2015, Germany, which became the largest European recipient, has seen a rapid increase of knife attacks on its streets, often involving immigrant newcomers. One of these attacks allegedly committed by Syrian and Iraqi asylum seekers last year in the city of Chemnitz prompted huge rallies against the chancellor and her refugee policy.