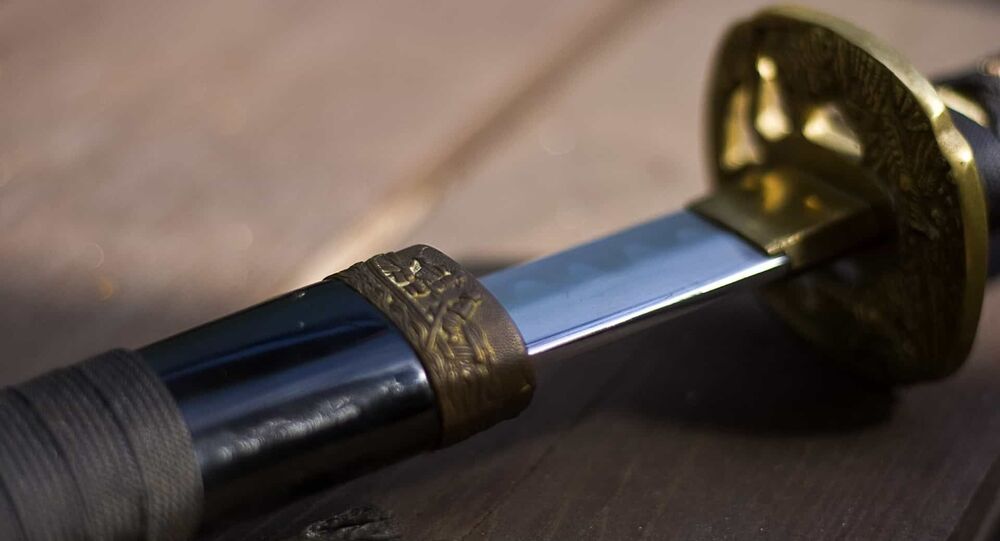 The bloody incident was witnessed by dozens of local residents and took place after a heated argument between the two rapidly escalated. The cause of their dispute remains unknown.

A 28-year-old Syrian man living in Germany has stabbed his 36-year-old German-Kazakh roommate to death in broad daylight at the centre of a street in southern Stuttgart, police said in a statement. The perpetrator used a "sword-like" weapon, law enforcement reported, although some media outlets cited witnesses as seeing him armed with a machete.

According to eyewitnesses, the two men were arguing, with the suspected assailant repeatedly asking the victim "Why have you done that?" after which he grabbed the sword and stabbed his roommate. The reason for their conflict is still not known.

WARNING: THE FOLLOWING PHOTO IS EXTREMELY GRAPHIC AND MAY OFFEND SENSIBILITIES!

In several videos from the scene that have surfaced online, the attacker is seen stabbing the victim on the ground several times, then hacking off his arm and fleeing the scene.

WARNING: THE FOLLOWING VIDEOS ARE EXTREMELY GRAPHIC AND MAY OFFEND SENSIBILITIES!

Video #2, from a different perspective: Sword killer hacking victim to pieces in Stuttgart/Fasanenhof. 😶

The perpetrator attempted to escape using a bicycle, but police, who were pursuing him by helicopter, were eventually able to capture him.

Following a major influx of refugees in 2015, mostly Syrians fleeing from instability in the Middle East, many European states, including Germany, have seen a rapid increase of knife attacks on the streets, often involving immigrant newcomers.

© AP Photo / Jens Meyer
A protestor holds a poster with a photo of Angela Merkel reading 'Merkel must go" and referring she is guilty of incitement in Chemnitz, eastern Germany, Saturday, Sept. 1, 2018, after several nationalist groups called for marches protesting the killing of a German man last week, allegedly by migrants from Syria and Iraq

In a recent incident, an 18-year-old Syrian man reportedly injured a 41-year-old German with a knife. The attack spurred a wave of protests in the German city of Chemnitz against mass immigration. The protests took place nearly a year after similar rallies that followed the killing of a German carpenter at a music festival, which was reportedly committed by Syrian and Iraqi asylum seekers.