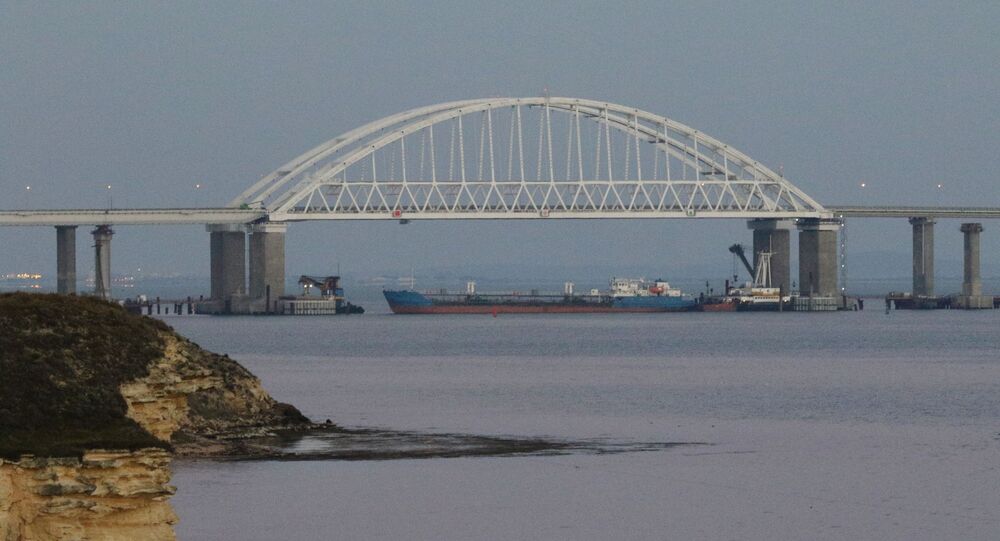 The Russian Foreign Ministry said Thursday that Russia would retaliate urgently if Ukraine takes the Russians on the tanker hostage.

"If Russians have been taken hostage, this will be qualified as a gross violation of international law, and consequences will follow immediately," the ministry noted.

The ministry noted that it will decide on a response after it gets more details on the detention of the Russian tanker and the accusations against its crew.

"We are establishing the circumstances of the incident in order to implement adequate measures," the Russian Foreign Ministry said.

Speaking further, the ministry stated that Ukraine should think about the effect that the detention of the tanker could have on the situation in the Sea of Azov.

"We would not like to think that this is the first actual step of the new [Ukrainian] authorities after the elections and we would like even less to think that this step was taken in order to 'collect material for exchange,' because as we know such incidents in the Sea of Azov — I mean Nord vessel that was detained based on I don't know what grounds [in March 2018] — led to a rather strong escalation of tensions, including in the Sea of Azov and the Kerch Strait. So Ukraine should consider the potential consequences," the source said.

Commenting on the incident, First Deputy Head of the Russian upper house's foreign affairs committee Vladimir Dzhabarov slammed Ukraine's decision, stressing that this would significantly undermine the prospects of normalising ties between the countries.

"This detention is absolutely illegal, as this can be done only through a court decision," Dzhabarov said.

"This certainly does not promote launching the Russian-Ukrainian negotiations. If Kiev wants to make our relations even a little bit better, it should immediately release the tanker," Dzhabarov stressed.

At the same time, Altomar Shipping company that owns the vessel said that the crew of the vessel was safe and was heading home.

"The crew are safe, heading home," the company's representative said.

The Ukrainian Security Service (SBU) said in a statement earlier on Thursday that it had detained Russian tanker NEYMA in Odessa region that allegedly blocked the passage of Ukrainian vessels in the Kerch Strait in November.

"The SBU and the Military Prosecutor's Office have detained Russian tanker NEYMA that blocked Ukrainian military vessels in the Kerch Strait," the SBU said.

As Ukraine is carrying out a pre-trial proceeding, 15 top-level Russian military officials have already been informed that they are suspects in the case, the SBU stressed.

A team of SBU investigators, military prosecutors and border guards have already conducted some investigation activities on the seized tanker, which the Ukrainian court has approved. They have carried out a search, have seized documents, recordings of radio communications and logbooks. Crew members have been questioned. The vessel has been recognized as material evidence, and a petition for the court is being prepared in order to arrest it.

In November 2018, Ukraine's Berdyansk and Nikopol gunboats and the Yany Kapu tugboat illegally crossed the Russian maritime border as they sailed toward the Kerch Strait, the entrance to the Sea of Azov. Russia seized the Ukrainian vessels and detained 24 crew members after they failed to respond to a demand to stop. After the incident, a criminal case on illegal border crossing was opened in Russia.