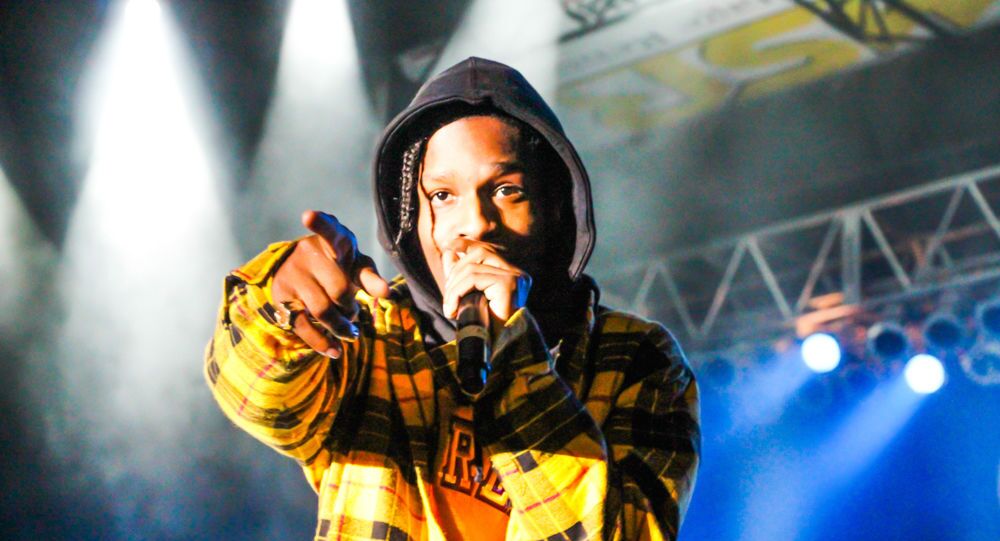 Since ASAP Rocky was detained on suspicion of assault, all his July tour dates, twelve scheduled gigs, have been cancelled. He will remain in custody until trial.

Prosecutor Daniel Suneson has announced that A$AP Rocky will be prosecuted for assault, and will remain in custody until trial.

The US rap artist (real name Rakim Mayers), arrested after a street brawl, was playing at the Smash Festival in Stockholm on 2 July and has been detained since July 5. Now, after three weeks, the prosecution has decided to bring charges against the artist.

"Today I have brought charges against the three suspects for normal degree assault, because I judge that what has happened constitutes a crime, despite objections about the right to self-defence and being provoked. In order to arrive at that decision, I have, among other things, examined the films that have been in the investigation. It is worth noting is that I have had more material to assess than previously available on the internet. In addition to filmed material, the plaintiff's claims have been supported through testimony", prosecutor Daniel Suneson said in a press release.

By the prosecutor's own admission, he first labelled the case as serious assault. However, normal degree assault in Sweden carries a maximum penalty of up to two years in prison

Suneson also said that A$AP Rocky's and others' flight risk was too great to let them free.

"I thought it was an obvious risk that they would leave the country if they were released and that we could not prosecute them for this incident", Sunesson said.

So far, no hearing date has been confirmed. The prosecutor proposed that it should last for three days.

By contrast, a counter claim made by A$AP Rocky's bodyguard against the plaintiff, was dismissed earlier this week.

Rocky's case earlier reached the highest level, as Donald Trump personally vouched for the rap star and called for his release. The US president also discussed the case with Swedish Prime Minister Stefan Löfven, who stressed that in Sweden everyone is equal in the eyes of the law and that the Swedish government cannot and will not influence prosecutors and courts.

While many, including former US Ambassador Mark Brzezinski and the rap star's own mother suggested that the artist's race played a key role in the arrest, the notion that Rocky will face a fair trial is widely supported in Sweden.

"Asap Rocky and his peers have no cause for any major concern. It's just an ordinary street fight. More routinely than that, it cannot not get even be for a junior judge. <...> My forecast is that it will quickly be completed. With a firm hand and a clear look, the penalty will be 'light'", lawyver Svante Thorsell wrote in an opinion piece in Göteborgs-Posten, assuring that Rocky has "nothing to fear".

Rocky and his crew were involved a street brawl on 30 June during their stay in Stockholm. The rapper himself claimed he was stalked by “some drug addicts”, while posting a video showing a heated exchange of words with a group of people of non-Swedish descent. A person from his entourage claimed they had been provoked and had “no choice but to defend themselves”.

The detention has sparked outrage both internationally and in Sweden. Over 600,000 people have signed a petition to release the rapper, whereas several artists have even pledged to boycott Sweden.