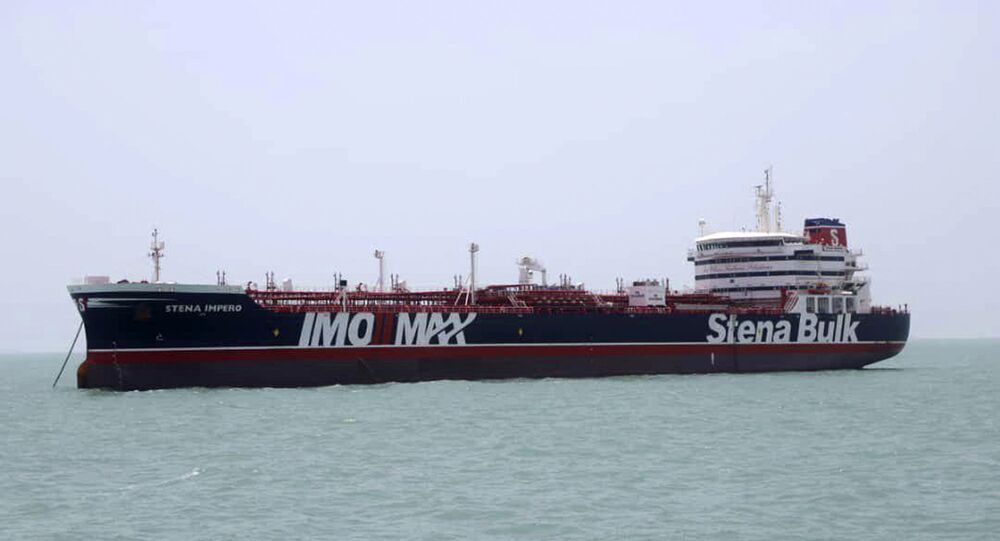 The UK Foreign Secretary earlier said that the British government had an emergency meeting to discuss protection measures for vessels passing through the Strait of Hormuz after Iran seized the UK-flagged tanker Stena Impero.

According to The Telegraph, UK ministers are preparing plans to target Tehran with sanctions. Jeremy Hunt is reportedly expected to announce on Sunday a package of diplomatic and economic measures, including possible asset freezes, in response to the capture of the Stena Impero.

London could also push for European Union and United Nations sanctions to be reimposed on the regime after having been lifted in 2016 as part of the Joint Comprehensive Plan of Action (JCPOA), also known as Iran nuclear deal, according to The Telegraph.

The Iranian Revolutionary Guards Corps (IRGC) captured the Stena Impero tanker on Friday, allegedly for breaking international laws, commandeering the boat into an Iranian port. Its crew of 23 sailors - 18 Indians, three Russians, a Latvian and a Filipino - remain on board, according to reports.

An IRGC spokesperson said Saturday, cited by the Fars news agency, that the UK-flagged ship had broken maritime rules by switching off its tracking system and ignoring the navigation lane for ships entering to the Persian Gulf. The tanker was reportedly being escorted by a UK warship, which unsuccessfully resisted and interfered with the IRGC seizure of the tanker.

The maritime clash comes after UK Marines detained an Iranian supertanker off Gibraltar on 4 July on suspicion that it was carrying oil to Syria in violation of EU sanctions. Iranian Foreign Minister Javad Zarif accused London of piracy following the boarding.

The situation in the Persian Gulf and adjacent areas has deteriorated over the past couple of months as several oil tankers have been subjected to attacks. The United States and its allies have blamed Iran for the incidents, while Tehran has denied being involved.

The United Kingdom said last week that it would send a second warship to the Persian Gulf after Iranian patrol boats attempted to detain another oil tanker in the Strait of Hormuz. This comes after the United States restored economic sanctions on Iran and ramped up its military presence in the area over the past couple of months.