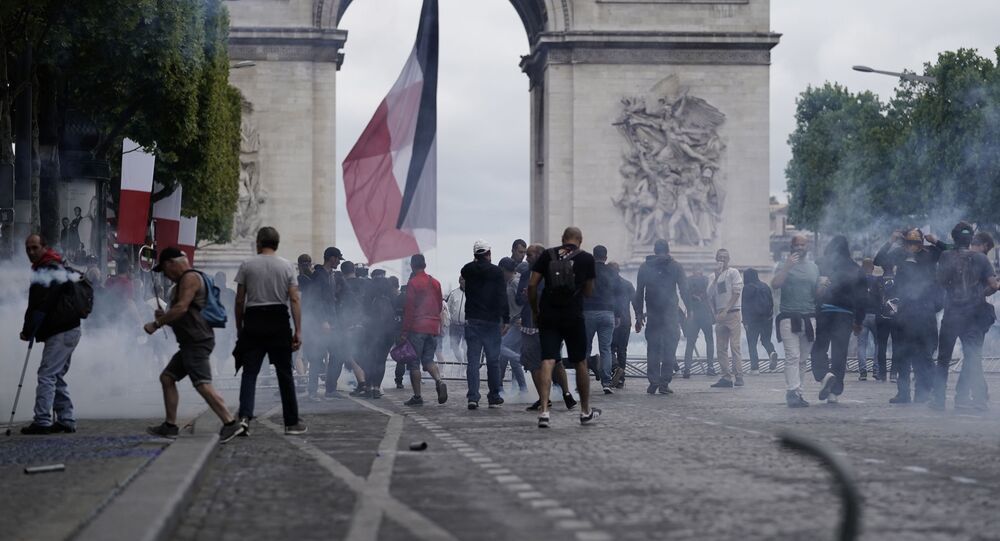 Earlier in the day, a parade was held at the Champs Elysees to mark the national day, known as July 14 in France and Bastille Day abroad.

French police have used tear gas to disperse protesters who occupied the Champs Elysees hours after French President Emmanuel Macron together with European leaders took part in a military parade.

Prior to the police reaction, the protesters started destroying the barriers installed on the streets, trying to build barricades and chanting yellow vest movement slogans.

According to a Sputnik correspondent, several people have been injured as a result of clashes between the police and the protesters.

Minutes before the parade, clashes between activists and law enforcement officers also erupted in one of parade viewing zones. Police reportedly arrested three key members of the yellow vest movement, including its ideologist, Eric Drouet.

The wave of the yellow vest rallies started in France in mid-November over planned hikes in fuel taxes. While the French government abandoned its plans to raise fuel taxes and introduced other measures to improve the country's socio-economic situation, protesters continue to take to the streets across France every weekend for demonstrations to express their discontent with government's policies.