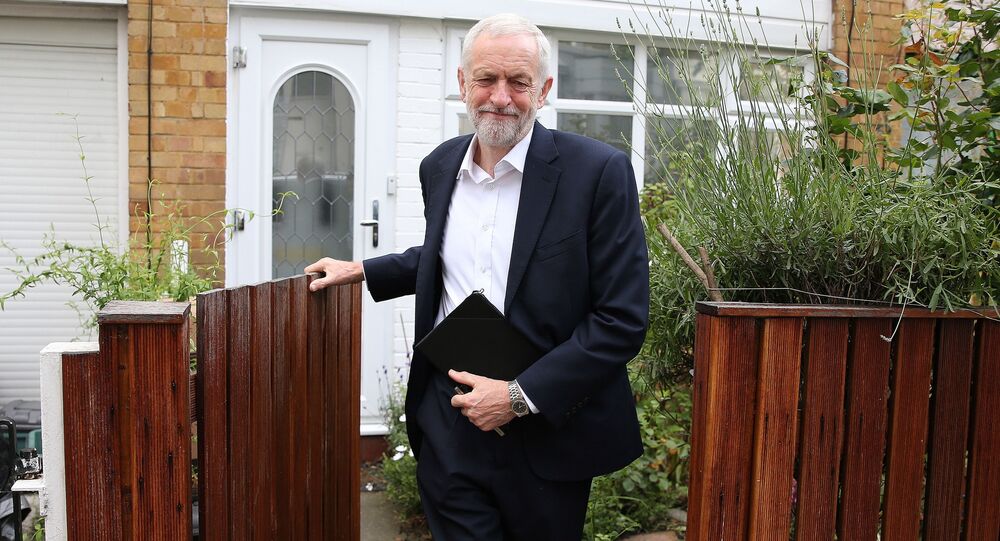 The developments come after Labour whistleblowers claimed in a new BBC documentary that Corbyn’s team had repeatedly intervened in disciplinary cases pertaining to anti-Semitism. The party has denied the allegations which it said had been made by “disaffected former officials […] who have always opposed Jeremy Corbyn’s leadership”.

The UK Labour Party’s Twitter account was compromised on Wednesday with hackers warning that the party "is institutionally racist and will be until [its leader] Jeremy Corbyn goes".

“The account was briefly hacked. It has now been re-secured”, a party spokesperson was quoted by The Sun as saying.

The hacking came shortly after Corbyn and his advisors were accused of interfering in disciplinary cases around anti-Semitism.

Labour whistleblowers claimed in a new BBC Panorama documentary that Corbyn was personally copied on emails in which Labour’s general secretary Jennie Formby ostensibly pledged to meddle in a case involving a party activist who blamed Jews for being responsible for the slave trade.

In a separate case, Corbyn’s director of communications Seumas Milne reportedly told party staff that they were “muddling up political disputes with racism”, adding that Labour needed to “review where and how we’re drawing the line”.

Labour member Izzy Lenga, who joined the party in 2015, specifically referred to her being subjected to anti-Semitic abuse during party meetings.

“The anti-Semitic abuse I received was what I was subjected to every single day, telling me ‘Hitler was right’ and ‘Hitler did not go far enough’. In Labour Party meetings we've seen people engage in Holocaust denial and that's terrifying for Jewish members”, the Daily Mail quoted Lenga as saying.

According to the documentary, only 15 people have been expelled by Labour over multiple anti-Semitism cases.

Following the release of the film, Labour Against Anti-Semitism, an internal party group, said in a statement that the reputation of the Labour Party “has been shredded by a Hard Left establishment that has proven apparently incapable of addressing the endemic racism within” and that “their reign must be quickly and efficiently ended”.

The Labour Party, in turn, rejected anti-Semitism interference allegations which it said had been made by “disaffected former officials” who “include those who have always opposed Jeremy Corbyn’s leadership, worked to actively undermine it, and have both personal and political axes to grind”.

The party added that they had filed a complaint with the BBC’s director general Lord Hall over the documentary.

In 2018, anti-Semitic hate incidents in Britain reached a record high, according to the watchdog Community Security Trust which claimed that last year saw 1,652 such incidents, a 16-percent increase as compared with 2017.