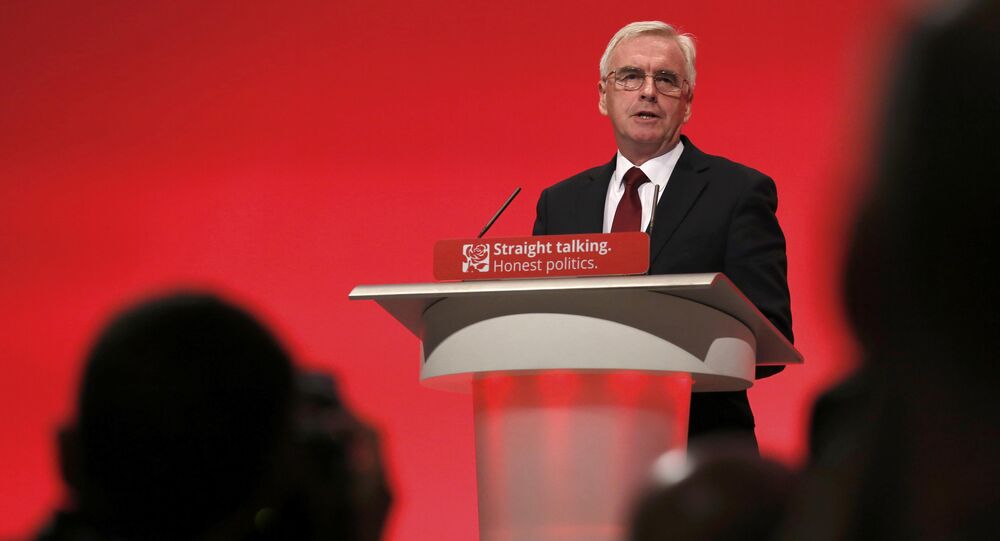 The Labour Party has been accused of fostering anti-semitic elements and not doing enough to root out the problem with in the party. Corbyn supporters accuse elements of the media and those within the Labour Party who oppose Jeremy Corbyn as leader of weaponising anti-Semitism claims.

Top Labour officials have split following a revelation that non-disclosure agreements (NDA) were used against former members who aided in the creation of a BBC panorama documentary about accusations of anti-Semitism in the Labour party.

The BBC exposé, produced by veteran panorama reporter John Ware, is said to be deeply critical of Jeremy Corbyn and his advisors, who have been accused of intervening in disciplinary cases around anti-Semitism.

Deputy Labour leader Tom Watson said in a tweet that using lawyers to silence staff members is "not the Labour way”.

Using expensive media lawyers in attempt to silence staff members is as futile as it is stupid. It’s not the Labour way and I deplore it. https://t.co/b1omggQJp5

​Shadow Chancellor John McDonnell rejected the accusations interview with the BBC on Sunday and also explained there was no split between himself and Labour Leader Jeremy Corbyn.

When asked by Andrew Marr if he had asked Corbyn to sack top aids such as Seumas Milne, McDonnell rejected the idea.

“I have not told anyone to be sacked or anything like that, this is all myth.”

He continued saying that NDA’s can be used to protect essential information and rebuffed Watson’s idea that the party was silencing people.

The shadow chancellor said that “the Labour party is reminding [the former employees] of their confidentiality agreement”.

He went on to sarcastically invoke the idea that journalists invented the stories while “drinking some of the most nauseating wine ever produced from a grape”.

“[Corbyn] made that apology. If Gordon thinks it hasn’t landed, let’s do it again, and let’s make sure that we repeat it, empathetically as well.” he said.

The comments by McDonnell were echoed by shadow international trade secretary, Barry Gardiner on Sky said the proposals by Labour to crack down on the use of NDAs by private companies to stop revelations about racism, sexual abuse or criminal behaviour.

He said that Labour would not use any gagging orders “to hide anything that is illegal or improper”.

He criticised the BBC programme for not offering the party a fair hearing and for not including instances where Corbyn officials demanded a “stronger response” to anti-semitism within the party and that the they had "an axe to grind" with the Corbyn leadership.

As reported in The Guardian, some Labour officials consider this recent case as a part of an ongoing attempt by opponents to undermine the leadership of Jeremy Corbyn and his allies.

“Our records show that after these officials left and after Jennie Formby became general secretary, the rate at which antisemitism cases have been dealt with, increased fourfold.”

This follows the second removal of staunch Corbyn ally Chris Williamson MP on accusations of anti-semitism.

The Labour MP said that the party had “done more to combat racism than any other party and now being demonised as a racist, bigotted party,”

He went on to say that the Labour Party itself was partly to blame as it gave “too much ground” and had been “too apologetic”.

He was reinstated to the party then swiftly removed again last week.