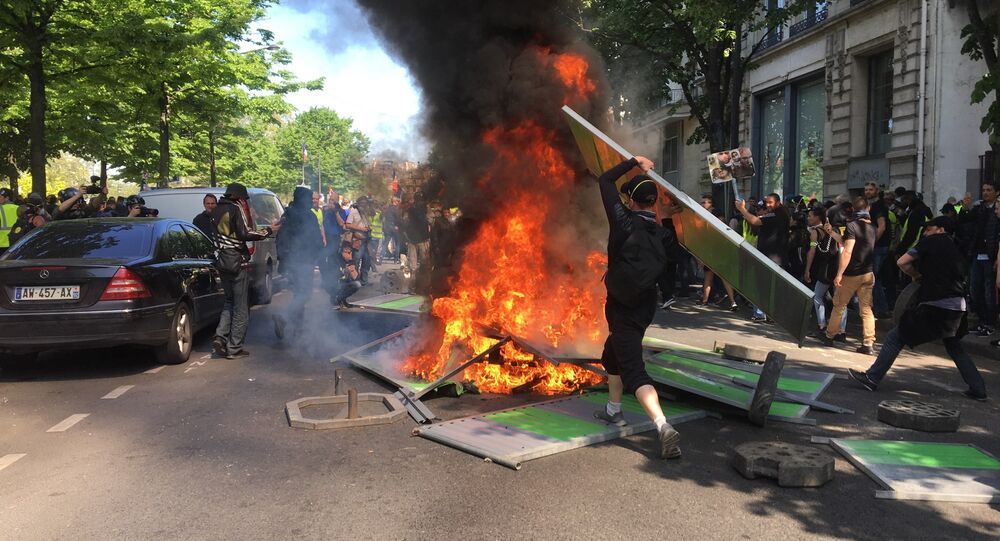 Yellow Vests protesters are hitting the streets of Paris for the 34nd weekend in a row on Saturday to rally against the French government’s policies.

The number of participants in the 33rd Yellow Vests weekend rally, which took place last Saturday across France, was only around 5,800 - half as many of the 11,8000 which took to the streets on 22 June, according to the French Interior Ministry. According to the ministry, the demonstration in Paris, however, saw 1,300 thousand demonstrators gather, whereas a week earlier only 1,100 attended.

The Yellow Vests movement erupted last November in response to planned fuel tax hikes in France, but has since evolved into a broader anti-government movement which even spread to other parts of the continent.