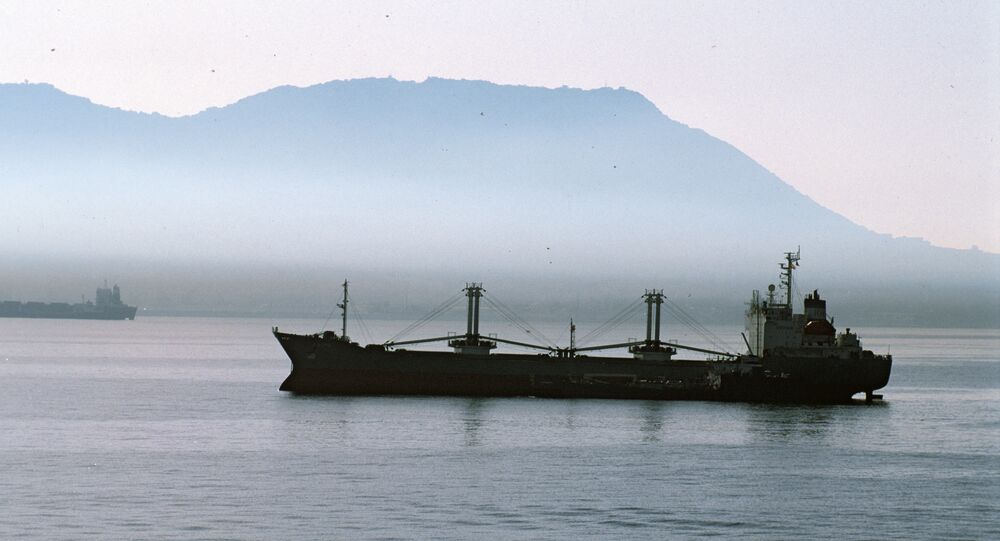 Earlier, the territory's head stated that Gibraltar police and customs agencies detained a vessel suspected of transporting oil to Syria in violation of EU sanctions.

Spain's acting Foreign Minister Josep Borrell has stated that the detainment of the vessel was a US demand to the United Kingdom.

"We [Spain] were aware of this operation, patrol ships were controlling the area. We are studying the circumstances. The United States asked the United Kingdom to do this", Borrell told reporters.

Borrell added that the detainment of the vessel seems to have taken place in Spanish waters, stressing that it was necessary to investigate whether the ship's seizure affected Spanish sovereignty.

Earlier, UK Prime Minister Theresa May welcomed Gibraltar's move to halt a supertanker reportedly carrying crude oil to Syria, according to May's spokesperson. The official underlined that Gibraltar's actions send a clear message that violation of the sanctions will not be tolerated.

The Grace 1 vessel was detained on Thursday by Gibraltar police and customs agencies, along with the British Royal Marines.

Gibraltar's Chief Minister Fabian Picardo stated that the government had sufficient evidence that the supertanker was transporting crude oil to the Banyas Refinery in Syria.

Picardo noted that the refinery belonged to an entity subject to EU sanctions against Syria.

"We have detained the vessel and its cargo. This action arose from information giving the Gibraltar Government reasonable grounds to believe that the vessel, the Grace 1, was acting in breach of European Union sanctions against Syria. In fact, we have reason to believe that the Grace 1 was carrying its shipment of crude oil to the Banyas Refinery in Syria. That refinery is the property of an entity that is subject to European Union sanctions against Syria", Picardo said.

© Sputnik / Olga Golovko
Gibraltar is a British Overseas Territory situated on the southern tip of the Iberian Peninsula. The sovereignty of Gibraltar is a sticking point in UK-Spain relations because Madrid lays claims to the territory.

According to the maritime intelligence data, the Panamanian-flagged ship was carrying oil from Iran.

The European Union introduced sanctions against the Syrian government in May 2011 that affected 277 Syrian officials. The bloc also froze the assets of some 72 entities and put an embargo on Syrian oil.

Damascus has repeatedly condemned the pressure by the European Union, with President Bashar Assad stressing that it adds to the already tense situation in the country.