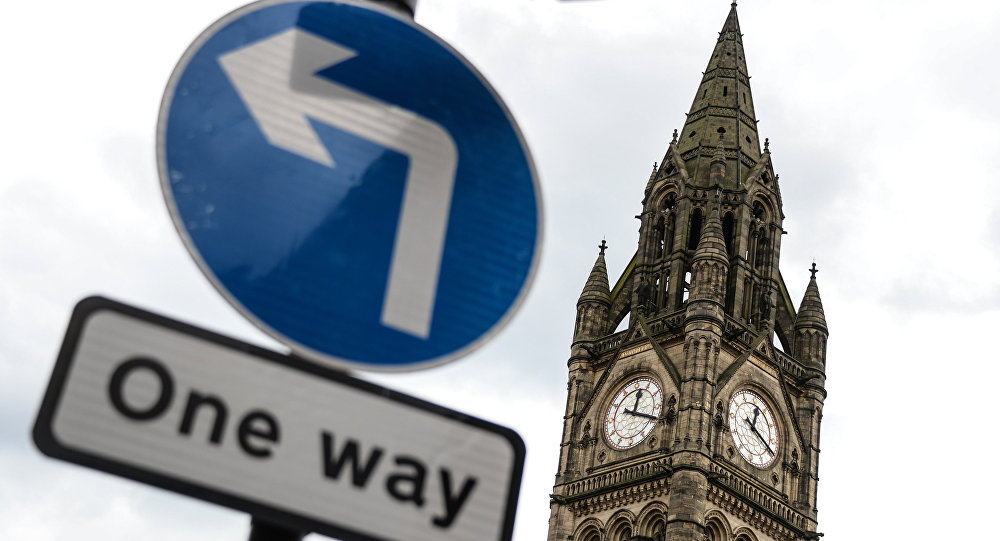 The lawmaker Steven Woolfe pointed out that a cross-party motion seeking to deny funding to UK government departments should a new prime minister implement a no-deal Brexit without the parliament's consent showed that the Remainers were even ready to put at risk the country’s well-being only to impose their own views on the rest of the nation.

LONDON (Sputnik) - This move proves that the Remainers "will stop at nothing" to derail its pullout from the European Union, even if it means incurring economic strife on the country, Steven Woolfe, an independent European Parliament member (MP) for the North West England campaigning for the withdrawal, told Sputnik.

"Remainer MPs will stop at nothing to prevent Brexit, including breaking tradition in Parliament and now halting funding of essential services in the United Kingdom. They have no shame," Woolfe said.

The lawmaker also pointed out that the move demonstrated that the Remainers were even ready to put at risk the country’s well-being only to impose their own views on the rest of the nation.

A "hard" Brexit nevertheless is still possible, but the position of the lawmakers who are arguably determined to keep the country in the European Union, regardless of the result of the 2016 referendum, is likely to become an additional challenge for the future prime minister, according to Woolfe.

"What will be a difficult choice (for a future PM) is how to overrule a remainer Parliament that is determined to bring him down, bring Brexit down and ensure we remain in the European Union at all cost, irrespective of the economic and political consequences for the nation," he added.

The new bipartisan initiative comes at a time when some of lawmakers are believed to be concerned over the possibility of Boris Johnson, the former London mayor who is widely predicted to beat his rival in the leadership contest, Foreign Secretary Jeremy Hunt, next month, enacting his "do or die" rhetoric in terms of bringing the country out of the bloc without a deal.

Johnson has also recently refused to rule out exiting the European Union without the full approval of the House of Commons, sparking further worries from pro-European lawmakers that they will ultimately be ignored in the run-up to the 31 October withdrawal deadline.

Earlier in the week, pro-EU lawmakers, including former UK Attorney General Dominic Grieve and ex-Labour Foreign Secretary Margaret Beckett, introduced an amendment to a routine financing motion that may deny specific government departments proper funding if the future prime minister goes through with Brexit without the parliament's approval. The amendment will be debated next week. Downing Street has already condemned the move as "grossly irresponsible."