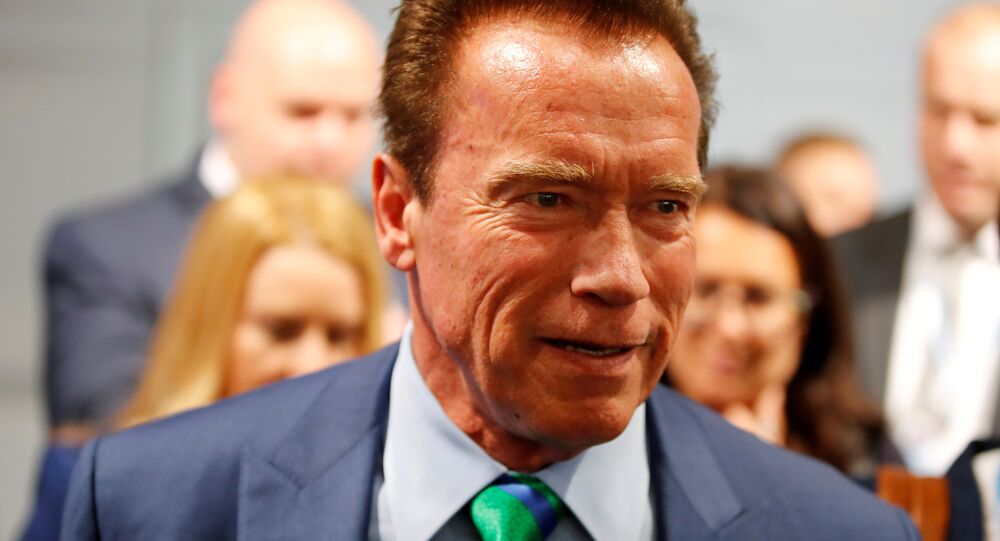 The rap song and video is about motivation and tells the story of Schwarzenegger's career - from a bodybuilder to one of Hollywood's most popular people and the governor of California.

Hollywood legend and former California governor Arnold Schwarzenegger, 71, has made a step in a new direction by recording a rap song and video, Pump It Up, with Austrian singer Andreas Gabalier.

"Break some rules, knock the wall, don't be afraid to fail. You have to think outside the box, I say no pain no gain. I don't want to hear it can't be done, always give something back. My name is Arnold Schwarzenegger and I'll be back", the Terminator star raps.

READ MORE: WATCH Arnold Schwarzenegger DROPKICKED in the Back During Africa Trip

Earlier this month, Schwarzenegger, who is also a former California governor, was attacked while attending a sporting event in Johannesburg, Africa. The attacker, whose name was not made public, broke through the guards and drop-kicked the actor in the back with a two-foot jump. The motives of the attacker remain unknown.

Commenting on the incident later, Schwarzenegger said that he would not issue charges against a person who attacked him.