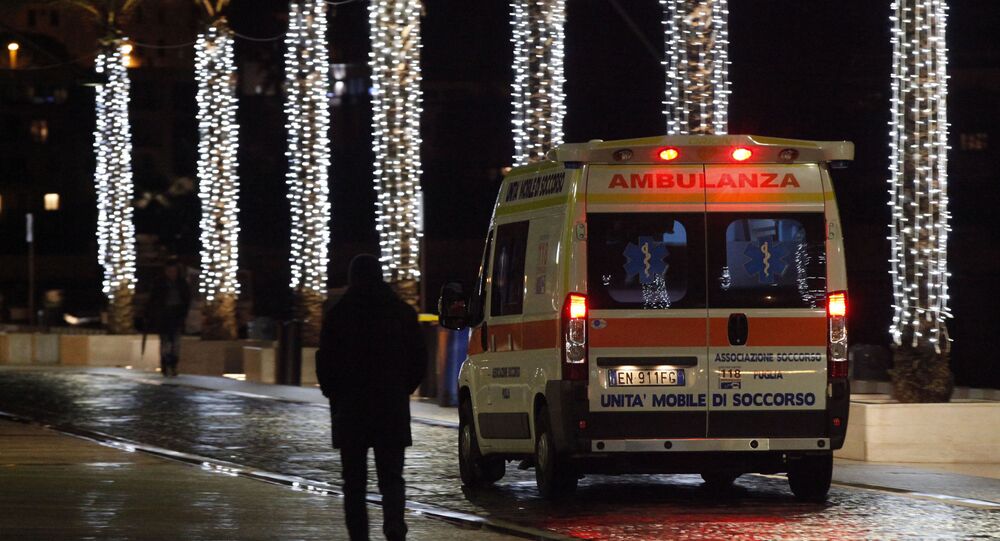 ROME (Sputnik) - The last three Russian nationals who remained hospitalized in Italy after their tour bus crashed in the province of Tuscany on Wednesday have been released and were taken to the airport to return to Russia, the Russian Embassy in Rome said.

"On 25 May, three Russian women that were injured in the bus accident, were released from the hospital in Sienna and were accompanied by diplomats from the [Russian] embassy to the airport, from where they flew back to Russia", the embassy tweeted on Saturday.

On Wednesday morning, at least one person died and 37 people were injured when a two-tiered tourist bus overturned on a highway near the town of Monteriggioni in central Tuscany.

Following the accident, a total of 33 people, with reportedly moderate injuries, were taken to two local hospitals. The 40-year-old woman working as a guide on the bus died in the accident.

© AFP 2020 / Carlo Hermann
Death Toll of Bus Crash in Northern Italy Increases to 17
Citizens of Armenia, Belarus, Georgia, Kazakhstan, Moldova, Romania, Russia and Ukraine were among those injured in the crash. A Russian woman, who worked as a guide in Italy, died as the result of the tragedy.

The driver of a tourist bus Leonardo Santoro, 35, was arrested on Wednesday at the scene of the incident. The investigation dismissed, however, any intent in the actions of Santoro.

According to local media, during questioning, investigators came to the conclusion that the tragedy had occurred when the driver was distracted. Santoro was trying to set up his radio tuner while driving and was distracted from the situation on the road. He has tested negative for alcohol.

Death Toll of Bus Crash in Northern Italy Increases to 17