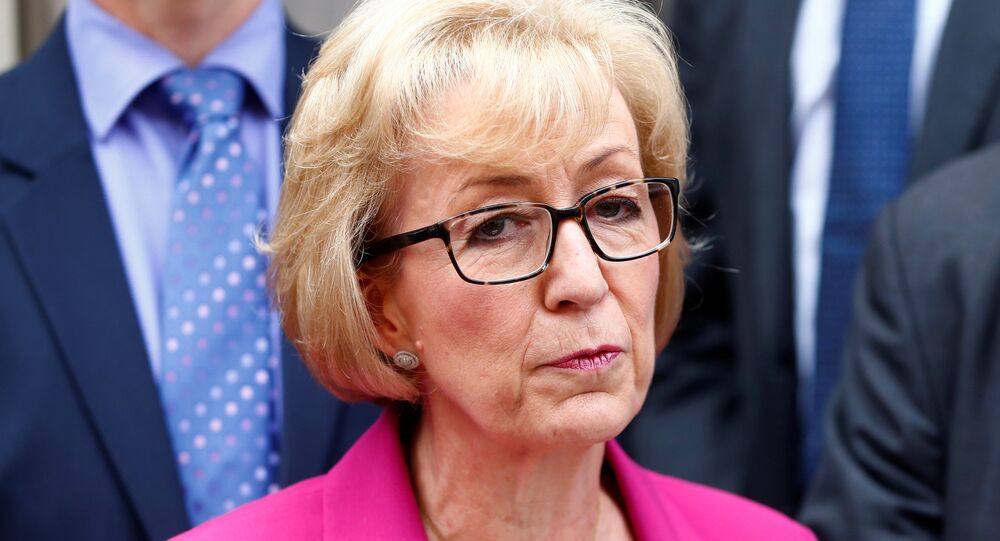 Andrea Leadsom, who stepped down earlier this week as Leader of the House of Commons, the UK parliament's lower chamber, has confirmed she would run for UK Conservative party leadership, local media reported Saturday.

The UK Prime Minister Theresa May said on Friday that she would step down on 7 June but continue serving as prime minister until a new party leader was elected. In an emotional farewell speech, May said she regretted that she had not delivered Brexit and stressed that her successor would have to find consensus in parliament.

The Conservative Party chairman, Brandon Lewis, has reportedly said that nominations for leadership would be submitted in the next three weeks.

© Sputnik / Demond Cureton
UK PM May's Brexit Deal Has 'Absolutely No Chance' of Being Approved – Scholar
Leadsom resigned after May unveiled what she described as a "bold new offer" on Tuesday as a means to pass her withdrawal agreement bill, claiming to have reworked previous sticking points such as the Northern Irish backstop and a potential second referendum. Leadsom said she no longer believed that the government's approach could deliver Brexit.

The United Kingdom initially was to leave the European Union on 29 March.

A withdrawal deal was reached weeks before the date, but UK lawmakers refused to pass it, with fears of the re-established of a hard border on the island of Ireland being one of the main points of concern. The Brexit deadline was subsequently moved to 31 October.