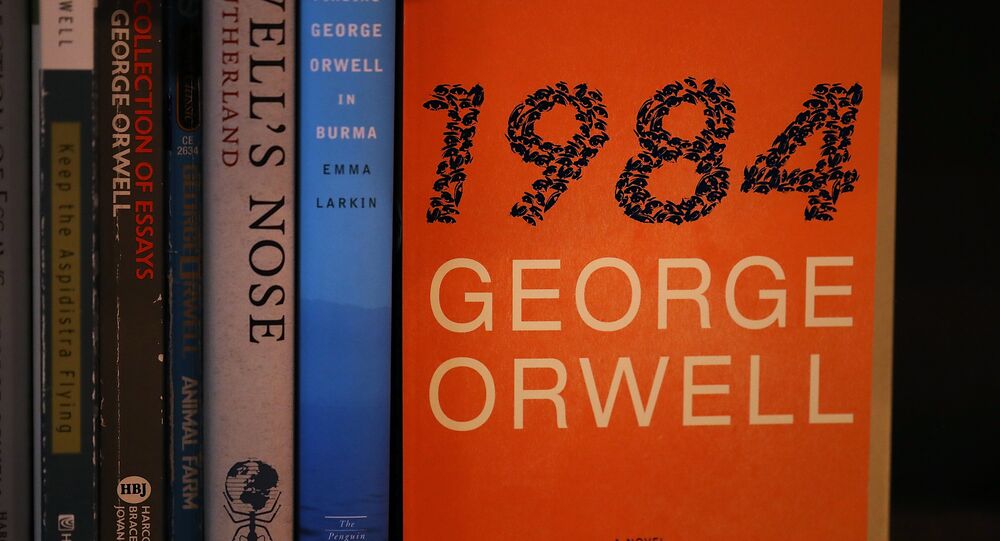 Social media sentiment serves as a similar gauge of popular opinion as polling, one might argue, and online reaction to the commission's electioneering efforts is somewhat alarming.

The European Commission's message encouraging EU citizens to go to the polls next week has apparently failed to resonate well with some voters, spawning unflattering parallels with totalitarian propaganda from George Orwell's dystopian novel 1984.

The European Union will hold parliamentary elections between 23 and 26 May, where Eurosceptics such as Nigel Farage's Brexit Party and Matteo Salvini's League are projected to make significant gains, serving blows to pro-EU political alliances.

On Friday, the EU's executive arm took to Twitter to promote some of the bloc's 'cornerstone values', such as freedom, diversity and human rights.

🇪🇺 is peace
🇪🇺 is freedom
🇪🇺 is solidarity
🇪🇺 is diversity
🇪🇺 is human rights
🇪🇺 is opportunities
🇪🇺 is Erasmus
🇪🇺 is research
🇪🇺 is protection
🇪🇺 is equality
🇪🇺 is the future.

The post was quick to draw laughs and jabs from some commenters, who said it bore an unsettling resemblance to the infamous slogans of the Ingsoc Party from Orwell's dystopia.

War is peace
Freedom is slavery
Ignorance is strength

Others submitted their guesses for what the EU might actually stand for.

🇪🇺 is tax optmisation
🇪🇺 is zéro accountability to people
🇪🇺 is costing us 8 to 10 billion euro per year
🇪🇺 is the harshest violence ever towards Greece
🇪🇺 is Bolkenshtein directive
🇪🇺 is open boders and no protection for our industry and agriculture
🇪🇺 is tax dumping w/ LU, IR

In recent years, the EU has been struggling with several problems, including wobbling economic recoveries in some member states, persistently high unemployment rates and the effects of mass immigration.

These issues, coupled with frustration with austerity measures and economic inequality, are largely associated with growing disappointment with the European Union among its citizens. A 2017 study conducted by a Berlin-based think tank in five EU countries found that 72 per cent of citizens were dissatisfied with the union's policies.

This sentiment, in turn, has contributed to the rise of right-wing and populist parties, who in recent years have come to power in some EU states or made sizeable gains in others, campaigning with anti-EU and anti-immigrant agendas.