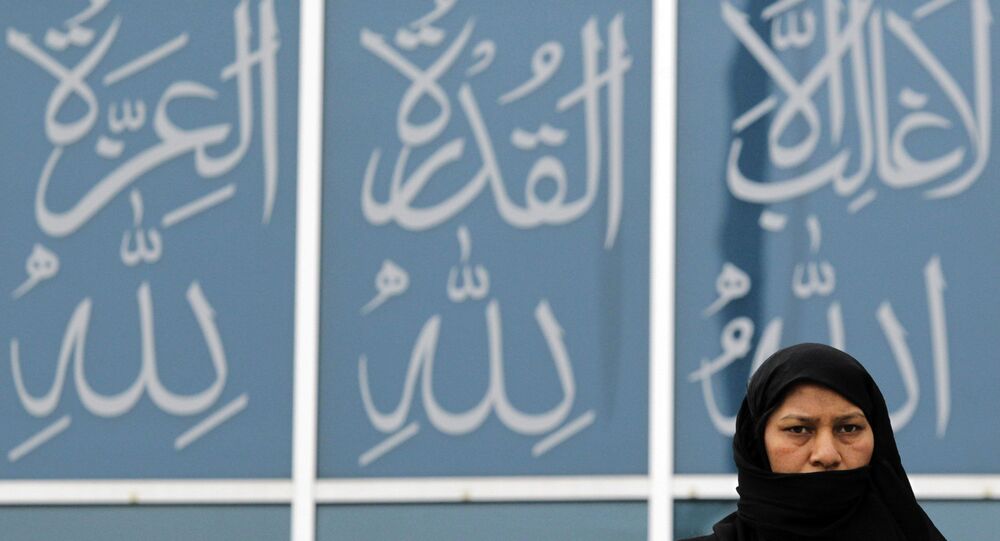 A recent report about radical teachings at Islamic educational establishments across the United Kingdom is putting the discussion on radicalism into a new perspective.

It emerged last week that 48 British madrassas, some of which were earlier found to be spreading radical teachings, have been breeding a new generation of preachers.

According to a secret government report, initially revealed by the Daily Mail, imams emerging from these madrasas are as extreme as radical clerics coming to the UK from abroad.

Moreover, at least four of these schools were previously criticised by the authorities for promulgating the notion that music and dancing comes from the devil and that women do not have the right to refuse to have sex with their husbands.

The schools in question reportedly use Dars-e-Nizami, a study curriculum representing a literal interpretation of the Koran. It is thought to be employed by the hard-line Deobandi movement, which provided training ground for the Taliban and Daesh* in Pakistan and Afghanistan.

"Deobandis are very hostile against Sufis and Shia Muslims. Hence, these madrassas in Pakistan created a new generation of young people who believe that the sect of their school is the only true version of Islam and that all other sects should be excluded or excommunicated," says Nawar Kassomeh, a PhD holder (ABD) in politics at Lancaster University.

Deobandi's syllabus, which originated in the 18th century, contains works by medieval Islamic jurists and is not adapted to modern circumstances, Kassomeh says.

"So, it is normal for such works to contain some passages and some interpretations that are not suitable for modern Western societies. This problem is not limited to Dars-e-Nizami syllabus. Other radical and moderate Islamic education systems and interpretations also include similar extremist and biased views."

This echoes the Daily Mail's report, where a source was quoted as saying that the training in the UK-based schools "results in the development of extremist views" because of their conservative character. Deobandis, meanwhile, are the single biggest Islamic group in the UK, and are estimated to run over 40 per cent of mosques in the country, according to the website MuslimsInBritain.org.

Although the report surfaced as late as last week, there is speculation that the government had learned about the spread of potentially radical teachings long ago.

Kassomeh opines: "I am sure the British secret service agencies had been aware of these madrassas' activities and ideologies for a long time before the leak of this 'secret' report to the press. Perhaps these agencies want to push the government to take some measures in order to contain the threat of these madrassas."

However, the report about Islamic schools shows the government's "deliberate desire to hide the fact that Islam is a violent religion, incompatible with Western values", says Christine Tasin, the president of Resistance Republicaine, an organisation advocating for the defence of France's secular values.

"The Koran contains many verses about women and they vary about how women are treated. Some of the verses say that women and men are equal on judgment day and a few verses praise women in their role of mother. However, the majority of the verses subjugate women. Sex with the wife is on demand by the husband and wives can be beaten. In jihad, non-Muslim women can be forced to have sex," says Dr Bill Warne, a US author, speaker, and teacher on the history of political Islam.

Ways to Deal With Islamisation

It appears that Western countries are facing the consequences of their own policies adopted over the past decades. Nawar Kassomeh believes that radical Islamists have benefited from Western laws that protect minorities and religious freedom.

He says: "Keeping track of these madrassas is the responsibility of the Ministry of Education as well as the law enforcement agencies. In order to do so, new measures and laws are required to facilitate this control".

Christine Tasin went further into detail — and even proposed specific measures which, however, will likely face backlash from the Muslim community.

Tasin insists that the only way to avoid this kind of teaching is for the UK government to officially designate certain parts of the Koran and Hadith (the collection of traditions or sayings of the Prophet Muhammad codified into the Sunna) as "unacceptable" and exclude them from curricula at madrassas.

"All that remains for European governments to do is to bang their fists on the table to clearly and definitively prohibit the reading and teaching of all verses inciting discrimination, violence, murder, misogyny," the activist told Sputnik.

"So, as long as governments bury their heads in the sand and pretend to be scandalised, allowing Islam to take hold and change European countries, there will be no solution," she concludes.

*The Taliban and Daesh (aka IS/ISIS/Islamic State) are terror groups outlawed in Russia and many other countries.