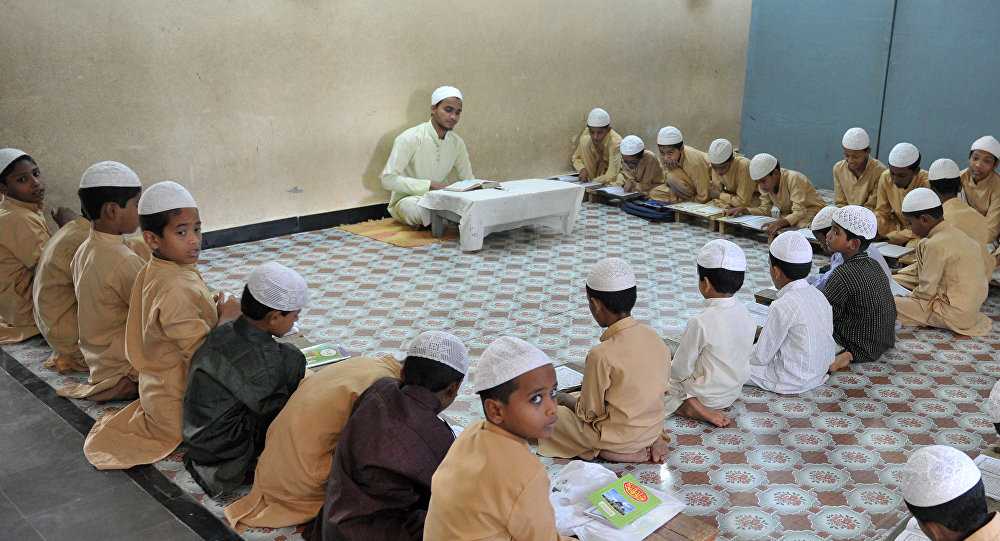 In October 2018 British authorities closed an unregistered educational institution in East London that taught its students extremist material and tried to recruit an "army" of children to conduct terror attacks in London.

Darul Uloom Islamic schools in the United Kingdom, some of which were earlier found to be spreading radical teachings, promoting intolerance towards other religions and misogyny, are continuing to train a new generation of British imams, the Daily Mail reported, citing a secret government report.

The media counted 48 such schools around Britain, using the so-called Dars-E-Nizami syllabus. The latter is based on the literal understanding of the Koran, which is widespread among such terrorist organisations as Daesh* and the Taliban*.

"UK-based training provided by Darul Ulooms results in the development of extremist views because the institutions are highly conservative and often fail to address the challenge facing Muslims in modern Britain", a source familiar with report told the newspaper.

The UK Office for Standards in Education (Ofsted) has already criticised at least four Darul Uloom schools for their programmes, which taught students "stereotypical views on the roles of men and women" and that dancing and music are "acts of the devil". The leaflets with the latter statement were found by Ofsted on the premises of the Darul Uloom High School in Birmingham, but its spokesman claimed they had been handed out by "an outsider".

The same school was also accused of teaching its 175 students hatred of certain races, such as Jews and Hindus, as well other religions, in a 2011 investigation by Britain's Channel 4. Another Darul Uloom school for girls, also ended up in the epicetre of a scandal after one of its former students revealed that the establishment taught her and others that husbands have the right to beat and rape their wives, thus making "Allah happy".

Darul Uloom schools are not the only Islamic educational institutions in the spotlight of late. In 2018 British authorities jailed a teacher at one private Islamic school, who was recruiting children for an "army" that would carry out terrorist attacks in the capital. The establishment itself was fined because it was operating without a license.