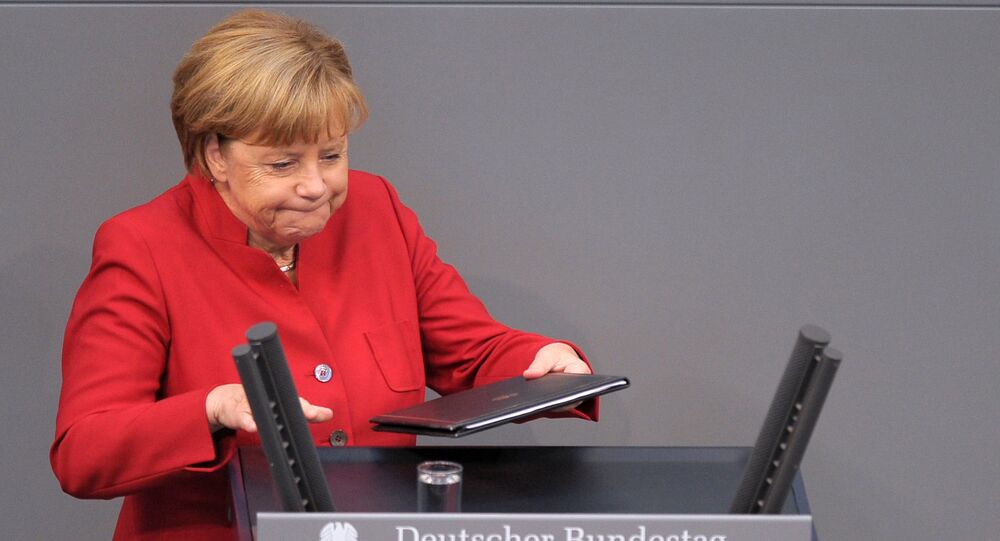 Conservative Interior Minister Horst Seehofer, presenting the proposed immigration law, described it as a "historic point of juncture" offering clear criteria for who should be able to come to Germany to work and under what conditions.

Angela Merkel's government on Thursday presented a long-awaited bill to the Bundestag which would alter regulations pertaining to the immigration of skilled workers, sparking a heated debate and prompting criticism from various political flanks.

Initially agreed upon by Angela Merkel's Cabinet five months ago, the reworked law is the government's response to years of vocal complaints from the business community about the lack of qualified IT specialists and engineers, health care workers, and other vocational professions in Germany.

For example, German IT company Biktom announced that there were 82,000 vacancies in the nation's IT sector.

Angel Merkel's government presented its long-awaited draft immigration law to the Bundestag — and got plenty of criticism from all political sides in return. Reforms to attract skilled workers aren't enough for some.@BenWernerKnight reports. https://t.co/TGJmWANqZW

​The suspension of a mandatory check, which normally accompanies all job applications from outside the EU, that ensures there are no German or EU citizen applicants who have priority is one key aspect of the proposed law, which is also set to ease the procedure for immigrants with vocational qualifications hoping to move to Germany.

Previously, those with academic qualifications were given preference.

The proposed law will also allow some people to come to Germany for the purpose of receiving vocational training.

Another migration law proposed by the government modifies how asylum-seekers whose applications have been rejected can obtain a "tolerated" status, thus allowing them to remain in Germany.

This applies to rejected asylum-seekers who have embarked upon a state vocational training course, have mastered the German language, work at least 20 hours a week and have displayed an ability to support themselves for at least 18 months.

The government of Angela Merkel's centre-right Christian Democrats and its Bavarian sister party, the CSU, and the centre-left Social Democrats, were bombarded from both sides of the parliament during a heated debate.

The opposition criticised the limited scope of the bill, while the government's conservative faction in the Bundestag made a statement demanding "no immigration into the social security systems".

Gottfried Curio, a representative from the right-wing Alternative for Germany (AfD) party, spoke out emphasising that the proposed law would only attract more "underqualified poverty migration".

© AP Photo / Raad Adayleh
Germany Halts Granting Asylum to Syrians En Masse – Reports
Interior Minister Horst Seehofer, who presented the law, was careful to point out that any perceived liberalisation of Germany's immigration laws could easily be amended in the future, should the job market situation change.

The law is set to come into effect 1 January 2020, with the relevant bureaucracies requiring a six-month preparation period. Thus, parliament would have to pass the law this summer to avoid protracted preparatory work.

Recent collaborative research carried by the Institute for Employment Research and the University of Coburg focused on the impact of  a shrinking, ageing German workforce on the national economy.

The study published by the Bertelsmann Foundation said Germany should start taking in several times as many non-EU immigrants in order to meet labour demands, claiming that by 2060, there will be a drastic shrink in the German population if immigration isn't encouraged.