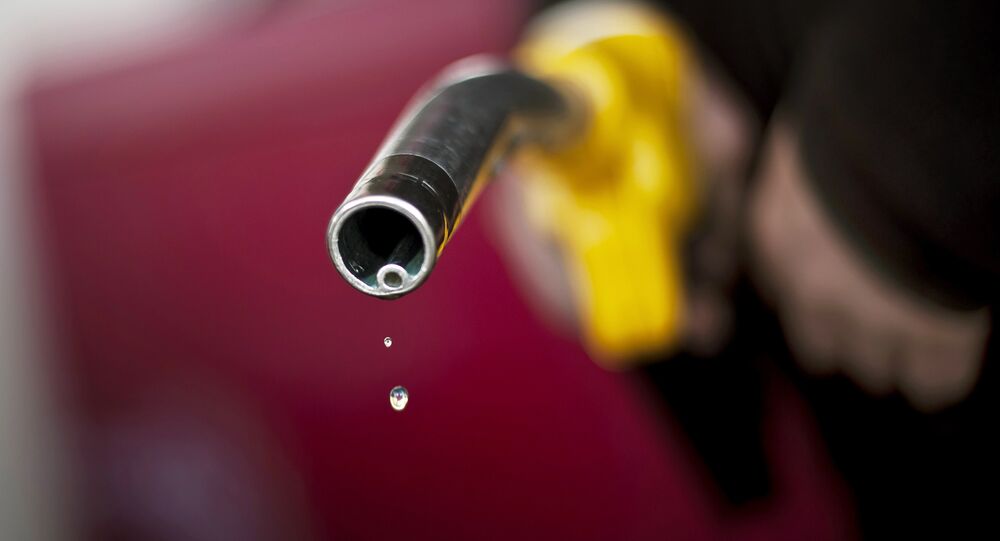 The so-called "Petrol Uproar", which has been largely modelled after the Yellow Vests of France and is pushing for lower fuel prices, gathered a quarter of a million supporters on Facebook in no time.

The "Petrol Uproar", a popular Swedish movement against record-high petrol prices, has postponed its plans to hold protests across Sweden after it has been denied demonstration permits, the newspaper Aftonbladet reported.

Inspired by the French Yellow Vests, the Petrol Uproar initially planned to don vests and demonstrate in a dozen Swedish cities, including Stockholm, Gothenburg, Östersund and Jönköping to name a few, on Friday. However, the plans were put on ice.

"We didn't get a permit, so it won't come off," initiator Janne Berglund lamented. While admitting his disappointment, he said he won't give up. "We will run the next Friday instead, until then the permits will be ready. But it is clear that it does not feel so good right now after you have been charging for so long," Berglund said.

The "Petrol Uproar" has grown out of popular dissatisfaction with fuel prices. At present, 1 litre of gasoline costs SEK 16.79 ($1.74), having risen by more than SEK 2 ($0.21) since January. There are signals that the price could increase even further this summer.

It was 69-year-old Janne Berglund from the town of Borås who accidentally started the movement. When the petrol price exceeded the 16-krona border in April, he decided that he'd had enough and took to Facebook to gauge the public opinion on the price trend, the news outlet Samhällsnytt reported. While he only reckoned he'd attract several hundred sympathisers at most, the membership soared, exceeding 275,000 members.

Inspired by the Yellow Vests in France, who also derived their original impetus from popular discontentment with the fuel prices and have been protesting for 25 consecutive weeks, the participants are planning to procure yellow or orange vests and take to the streets.

The displeasure is most pronounced among car-dependent Swedes and farmers, especially in sparsely-populated areas where there is no alternative means of transportation. Many also feel betrayed by the Social Democratic government, which despite its campaign promise not to raise the petrol tax, did just that shortly after the general election. At present, over 60 percent of the petrol price is tax.

While the initiative has triggered fierce criticism from Sweden's environmentalists, Janne Björklund rejected all the reproach, maintaining that his supporters are environmentally conscious.

Janne welcomes everyone to join the group, regardless of party affiliation, but at the same time urges the members writing in the Facebook group to stick to the topic. Discussions about immigration and other things that some have wanted to get started aren't pertinent, he explained.

Sweden Democrats leader Jimmie Åkesson lent the petrol rebellion his support by way of a video entry recorded at a gas station in Härnösand. Åkesson is critical of the high gasoline prices and wants to lower the taxes.

"The fact that transportation is so expensive in our country is not good either for the idea that the entire Sweden can thrive, or for Sweden's competitiveness. You have to be able to live everywhere in Sweden, not just in the metropolitan areas," Åkesson explained.