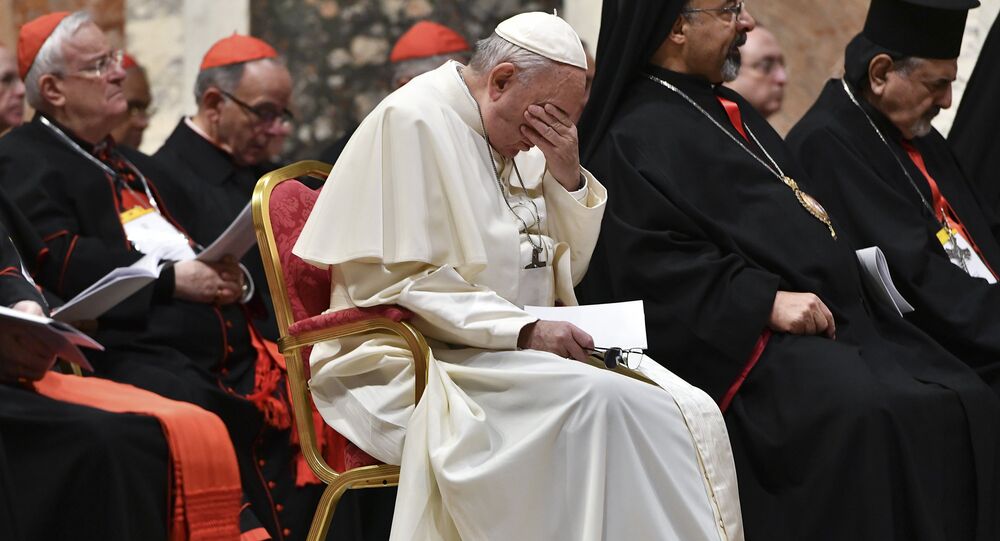 Last month, the Vatican stated that Pope Francis accepted the resignation of Cardinal Ricardo Ezzati, the archbishop of Santiago in Chile who is accused of covering up sexual abuse within the church.

Pope Francis introduced a new piece of legislation on Thursday affecting all members of the Catholic Church; according to the new law, all cases of sexual abuse must be reported.

READ MORE: ‘Children of the Ordained': Vatican Has Secret Rules For Priests With Children

The legal document reads that any person who is aware of abuse, or suspects it, is "obliged to report (it) promptly" to the Church authorities.

Earlier, the Vatican held a historic summit on clerical sex abuse. Pope Francis referred to those who abuse children as "tools of Satan" and vowed to protect children from "ravenous wolves". During the four-day summit, the Pope addressed 190 international Catholic leaders, urging them to take "concrete measures" to tackle child abuse.

The efforts to tackle the abuse of minors come at a time when over 100 Catholic clergy members in Chile are being investigated due to their alleged sexual misconduct. The scandal erupted in 2011 after the Chilean Catholic Church completed an investigation and found Father Fernando Karadima guilty of sexually abusing minors.