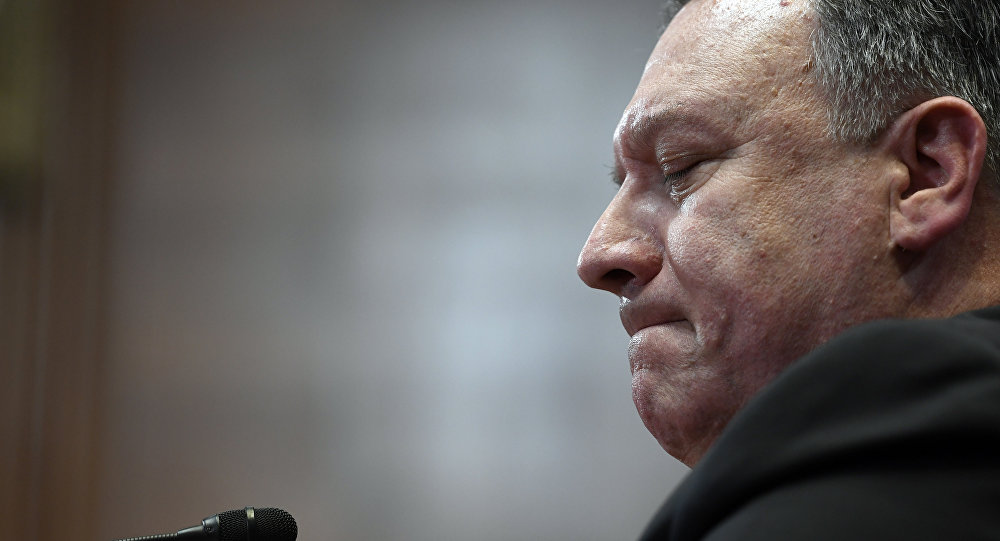 US Secretary of State, Mike Pompeo, was slated to meet with German Chancellor, Angela Merkel, as well as German Foreign Minister Heiko Maas for talks in Berlin on Tuesday.

Reuters has cited a German government source as saying that the US Administration cancelled Mike Pompeo's visit to Berlin over "international security issues".

A US Embassy spokesperson previously announced the cancellation of the talks citing scheduling conflicts.

The State Department earlier said that Pompeo "looks forward to being in Berlin soon" to participate in an "important set of meetings" that had been scheduled.

There have been no immediate comments about the meeting's postponement from Merkel or Maas.

© AP Photo / David Goldman
Pompeo Gives Speech on US Arctic Policies at Meeting in Finland (VIDEO)
The cancellation of the talks comes as Mike Pompeo travelled to Rovaniemi, Finland to take part in an Arctic Council meeting.

It is unclear where the US Secretary of State will head next.

During his visit to Germany, Pompeo was expected to address the issue of the Nord Stream 2 gas pipeline.

The United States has repeatedly voiced objections to the initiative, claiming that the construction of the pipeline was Moscow's means of exercising pressure on the European Union.

Moscow has denied the allegations, calling Nord Stream 2 a purely commercial project that should not be politicised.

The project, due to be completed before the end of this year, aims to deliver 55 billion cubic metres (1.9 trillion cubic feet) of Russian natural gas annually to the European Union.