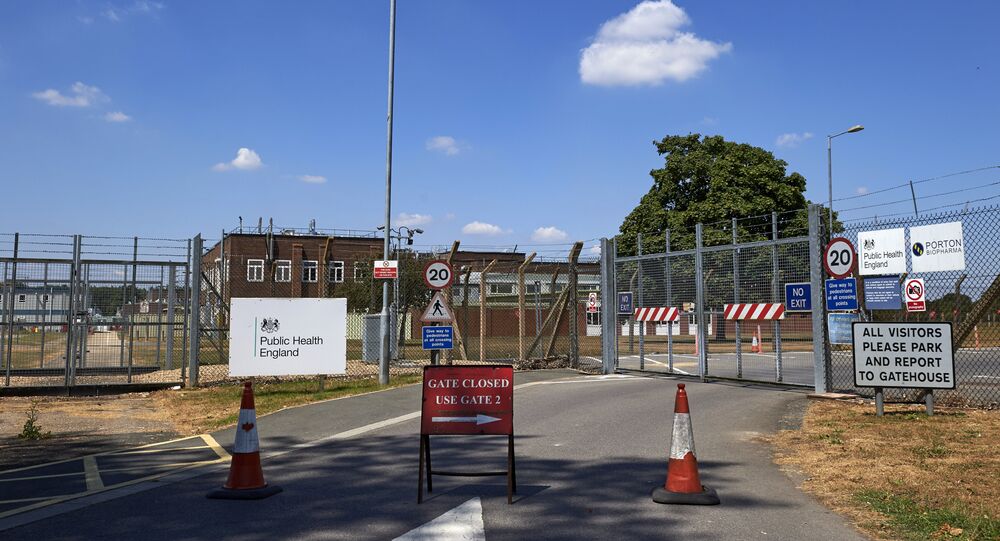 The notorious British lab is located near Salisbury – the city where former Russian GRU agent Sergei Skripal and his daughter were poisoned with a nerve agent. Russia has repeatedly indicated that the lab could have been involved in the incident, as it has worked with similar substances in the past.

Around 48,400 animals, — namely pigs, monkeys, and guinea pigs — were killed in experiments conducted at the secret Porton Down laboratory in Wiltshire between 2007 and 2017, the Sunday Mirror reported. The Ministry of Defence supported the practice as being life-saving for British troops.

READ MORE: Dark Side of UK's Porton Down Lab Revealed

The news was not well received by animal rights groups, with Animal Aid slamming the experiments for causing "extreme suffering and death", calling them morally unconscionable. The NGO stated that such experiments are unnecessary and noted that the number of killed animals is "alarming".

© CC BY-SA 2.0 / Sebastian Ballard
Top 3 Facts About Salisbury's Porton Down Lab as Its Chemicals Allegedly Found in Syria
Porton Down laboratory entered the limelight in connection with the poisoning of former Russian GRU officer Sergei Skripal and his daughter Yulia in Salisbury in 2018. The laboratory ran tests to determine which agent was used on them, but Russia suspects that the nerve agent could have originated from Porton Down's own experiments, as it has historically dealt with such substances. Moscow demanded that London explain the nature of Porton Down's latest experiments, as the laboratory is located so close to Salisbury, where the Skripals lived.

The UK, in turn, has pushed a narrative of blaming Moscow for the attack without presenting any credible evidence supporting the accusations.

© CC BY-SA 2.0 / Sebastian Ballard
Top 3 Facts About Salisbury's Porton Down Lab as Its Chemicals Allegedly Found in Syria
The laboratory is also known for past questionable experiments. Namely, it contaminated an entire island in order to turn anthrax bacteria into a weapon that could be used against German cities during the Second World War. Porton Down also conducted dubious experiments on British servicemen in a bid to develop protection from certain nerve agents. One such experiment led to the death of Ronald Maddison, aged 20, in 1953.
...
Reddit
Google+
Blogger
Pinterest
StumbleUpon
Telegram
WhatsApp
1621