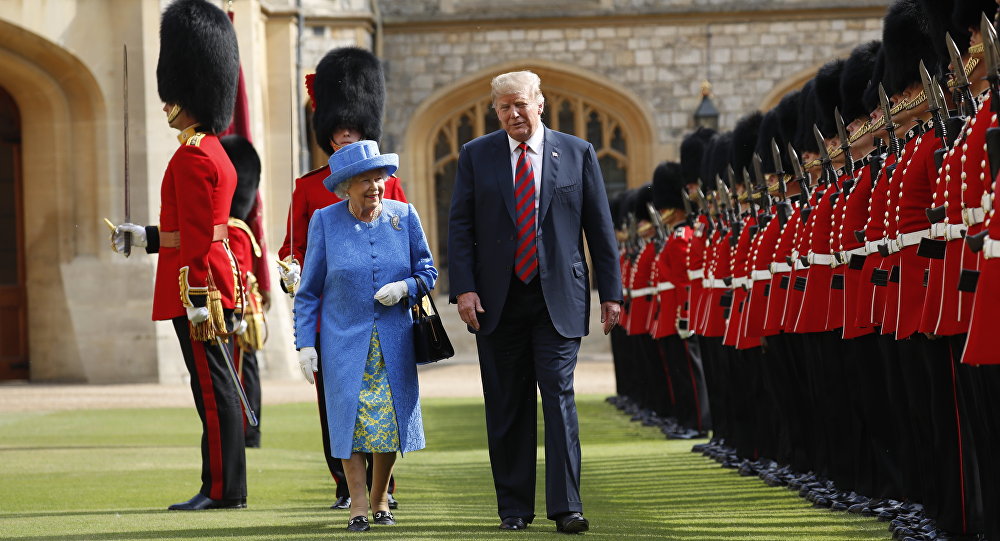 This would be Trump's second trip to the UK, following the four-day visit he made last July when he was met by thousands of people protesting his policies.

US President Donald Trump will pay a state visit to Britain on 3-5 June, the UK Prime Minister's press service said.

"President Trump will be a guest of Her Majesty The Queen during the visit, and will also have discussions with the Prime Minister in Downing Street," the press service said.

© AP Photo / John Locher
Trump Not Worried About Impeachment in Light of Mueller Report
As the statement has specified, while in the UK, Trump is expected to attend the Horse Guards Parade in London and inspect the Guard of Honour.

Afterwards he will arrive at Buckingham Palace where a State Banquet in the Ballroom, accommodating about 150 VIP guests, is due to be held.

"This is a President who has systematically assaulted all the shared values that unite our two countries, and unless Theresa May is finally going to stand up to him and object to that behaviour, she has no business wasting taxpayers' money on all the pomp, ceremony and policing costs that will come with this visit," the party said in a published statement.

Trump's visit to the UK in July 2018 was marked by demonstrations. According to the BBC, the crowds had strong messages for the US president — from their problems with his policies to hair styling tips.

Meanwhile, the White House has also reported that Donald Trump will travel to France on 6 June to meet with French President Emmanuel Macron.