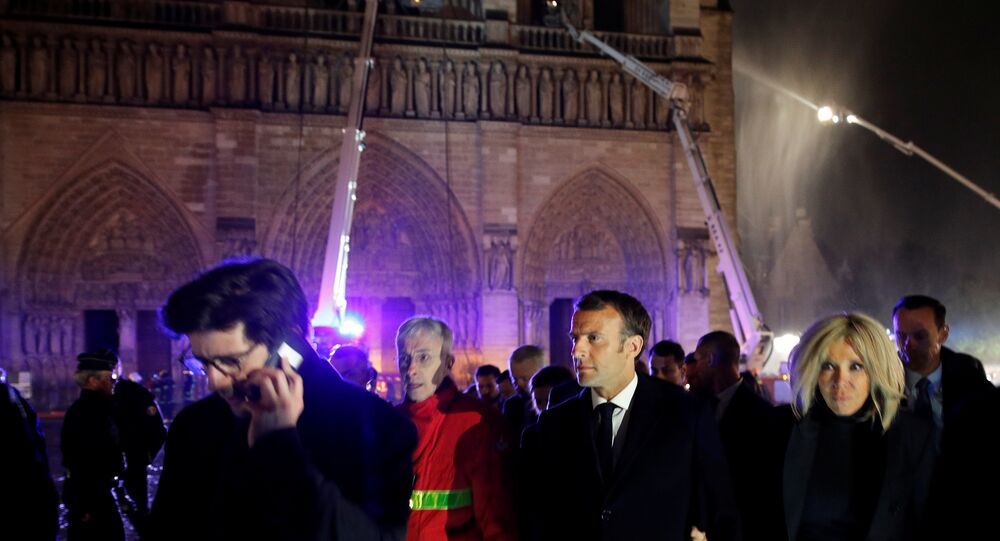 The president of France has already visited the cathedral to personally assess the damage done by the blaze, and promised to rebuild the legendary structure.

Charlie Hebdo, a French satirical weekly magazine well known for its provocative covers, has apparently seen fit to use the inferno which engulfed the Notre Dame Cathedral in Paris as an opportunity to poke fun at President Emmanuel Macron and his policies.

The cover of this week’s edition features an image of Macron’s face merged with what looks like the burning cathedral’s towers. The picture is simply titled "Reforms", with the "president" proclaiming "I’ll start with the framework" – possibly a reference to the wooden frame of the Notre Dame which sustained considerable damage in the blaze.

​Earlier on Monday, French President Emmanuel Macron announced his intent to unveil a series of policy changes in response to the so-called Yellow Vests protests which have continued unabated in the country over the past five months.

The president was expected to present these reforms to the nation live on television in the evening but he ultimately scrapped the address following the Notre Dame Cathedral inferno.