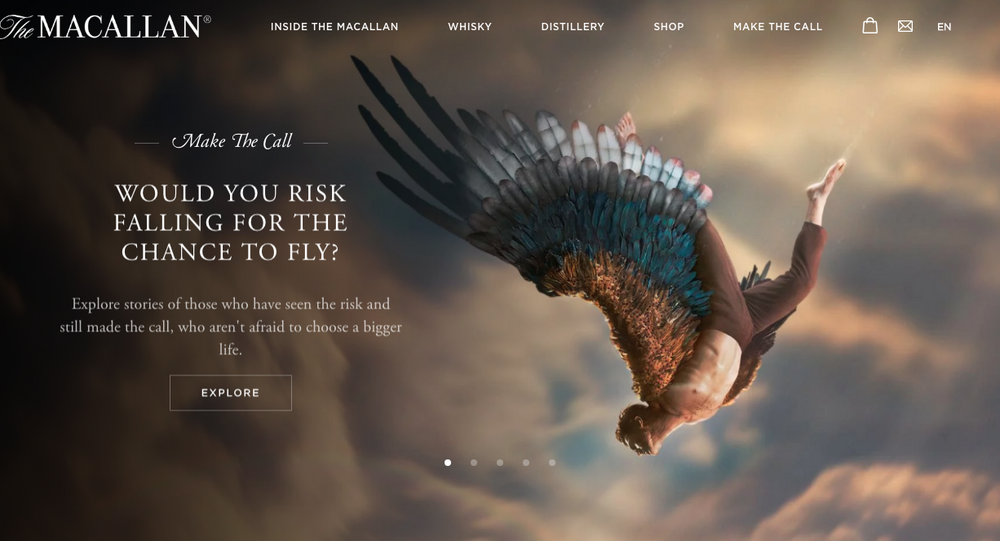 Macallan Pulls 'Base Jumping' Advert After Complaints Called It "Irresponsible"

Whilst the advert appears to invoke images from the Greek myth of Icarus, the ASA said that the opening scene may be seen as "reminiscent of the extreme sport of base jumping."

Scottish whisky-maker The Macallan came under fire on Wednesday after it ran an advert featuring a man leaping off a cliff before sprouting wings and flying away to safety.

The Advertising Standards Authority (ASA) slammed the advert for promoting "risky behaviour" and called it "irresponsible", the government body's ruling on Wednesday said.

Citing six complainants, the ASA said that the ads were "irresponsible and linked alcohol with daring, toughness or irresponsible behaviour".

© REUTERS / Neil Hall/File
Waitrose Apologises, Pulls 'Racist' Easter Ugly Duckling Chocolates from Shelves
Edrington, who owns the Macallan franchise, argued that the advert was a "fantastical story" and did not link drinking alcohol with "bravery, daring or toughness".

It noted that the opening scene in all versions of the ad featured a man running and jumping off a cliff.

The ASA stated: "We noted that at that point in the ads, there was no suggestion that the male character had any super-human attributes or powers, or that he was part of a mythical world".

The ASA ruling also said that the character had been clenching his fists which gave the impression that "he was nervous about jumping and was building up the courage to do so".

"In that context, we considered that the act of jumping off the cliff was very dangerous, potentially fatal, and consisted of extreme risk-taking behaviour," the statement said.

Some things cave under intense pressure, while for others their true worth is revealed through the trial. #TheMacallan

"That impression was compounded by the text 'Would you risk falling for the chance to fly?'"

The ASA acknowledge that parts of the advert were fantastical, but said that the central message was "one of promoting risky or daring behaviour to reap possible rewards".

"Although the character was not seen consuming alcohol at any point, we considered the ads made a clear association between an alcoholic product and potentially very dangerous, daring behaviour and concluded that they were irresponsible," the ASA said.

A Macallan spokesman responded, stating that the company had cooperated with the ASA over "a small number of complaints about our brand's global awareness campaign".

The spokesman said: "In light of the ASA ruling, we have acted to address their concerns and removed the campaign film from relevant channels accessible by the UK audience.

The spokesman added that it would continue to focus its global campaign on "a new generation of luxury consumers," adding that "we will of course take on board the ASA's comments in relation to the film elements in the UK market as we develop the campaign in the future."