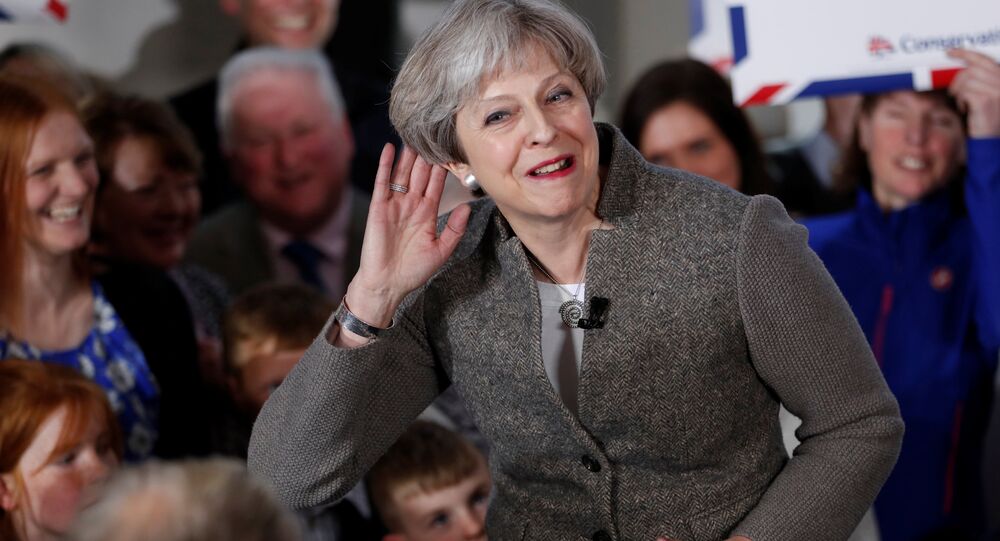 MP Mark Francois has suggested that the "concept of collective responsibility disintegrated weeks ago" and accused Cabinet Eurosceptics of "sitting it out" and doing nothing to solve the Brexit gridlock, apart from consuming "vast quantities of pizza."

Member of Parliament for Rayleigh and Wickford Mark Francois submitted a letter to the chairman of the 1922 Committee requesting a no-confidence vote against UK PM Theresa May.

In his demand, Francois argued that "in short, we are living in a world gone mad."

"A Conservative prime minister, who voted Remain, egged on by a coterie of neo-Federalist Civil Servants and a powerful Remainiac cabal in the Cabinet, has tried, — and failed three times — to pass a draft treaty through the House of Commons which would lock us into a customs union forever," the MP wrote.

Francois also criticised the PM's decision to reach out to the Labour Party in her search for a Brexit deal solution.

"Jeremy Corbyn, with whom the prime minister is now consorting, is a committed Marxist, a lifelong CND supporter and a man who would quite willingly disarm this country of its defences in a very dangerous world. As yesterday's revelations in the Sunday Times made plain as a pikestaff, he has openly tolerated anti-Semitism in Labour's ranks. In addition, throughout his career, he has willingly sat down with Sin Feinn/IRA, Hamas, Hezbollah and a whole range of other extremists, who are dedicated to the overthrow of our democratic way of life. I find it literally incredible, that the prime minister now invites this man to Downing Street, almost as an equal," Francois said in his letter.

The ongoing cross-party talks between the government and the leader of the opposition on the way forward have not born any results so far. On Tuesday, the PM's spokesperson said further talks will take place.

"The prime minister will be able to point to those talks, she will also be able to talk to the fact that she remains certain that there is a majority in parliament for the UK leaving the European Union with a deal," the spokesman added.

Pundits have pointed out that the extraordinary appeal by Francois comes across as hypocritical, given that he demands a second confidence vote against Theresa May — the PM survived a no-confidence vote in December 2018. In contrast, the MP is against holding a second vote on Britain's membership of the EU — an option suggested by his colleagues who argued the only way forward is to bring the Brexit decision back to the people.

No, your ears aren't deceiving you.

Mark Francois really did just say Tory MPs need another vote of confidence in May because "the situation has changed".

A man so clearly lacking in introspection that he'd be unable to recognise himself in a mirror.pic.twitter.com/GfhezzCTiY

"You lost. Get over it". Will of the people, respect for democracy, etc etc……

In the British parliamentary system, a vote of confidence or no confidence is initiated by the government itself — May's own Conservative Party. The issue is settled by a simple majority vote, which is 158 members.

Theresa May received 200 votes in favour of her government and 117 against in December 2018.  As a result, no further vote of no confidence may be called for at least 12 months.