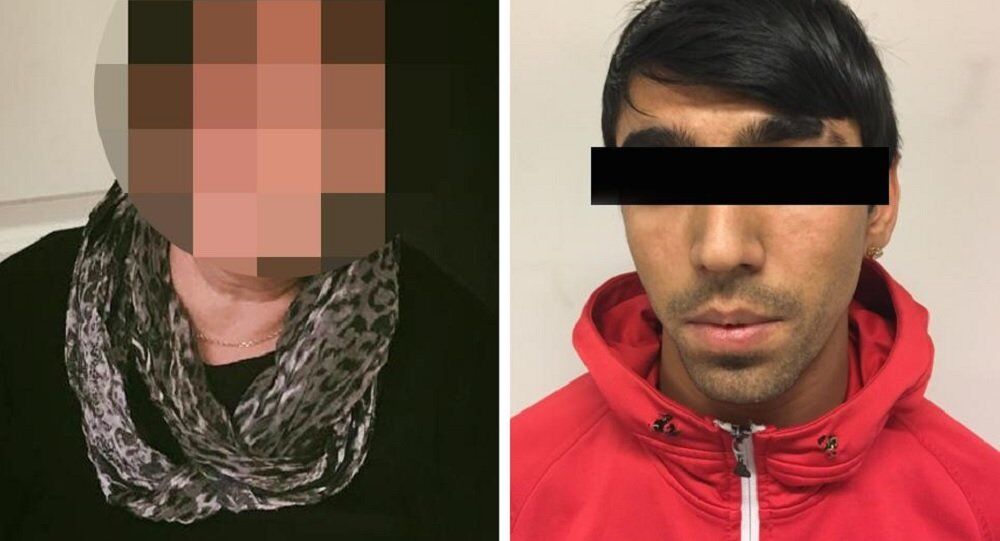 A woman who runs a foster home justified blowing a kiss to an asylum seeker accused of and later sentenced for raping underage girls by saying that she wanted to show that she "thinks of him". His youngest victim was only thirteen.

An Afghan asylum seeker who had been living in a foster family in Västra Götaland County has been sentenced to five months' juvenile detention and 10 years' expulsion for the rape and sexual assault of teenage girls, the news outlet Fria Tider reported.

The somewhat lenient punishment is due to the fact that the accused claimed to be a refugee child, even though the Migration Court of Appeal ruled that he is not, Fria Tider noted.

The rapist came to Sweden as an "unaccompanied refugee child" in 2015. While his asylum applications have repeatedly been refused, he has been staying with a foster family. There, he proceeded to abuse and rape fellow care recipients. According to the Gothenburg District Court, the first sexual attack took place in April 2018.

A 13-year girl, who was one of his victims, testified in court that the Afghan came to her room at night, lay down on her bed, restrained her and assaulted her. He refused to listen to pleadings that he stop and leave, she said.

At the end of November 2018, the Afghan raped another teenage girl living at home in the same manner. After the rape, the girl suffered from severe depression and anxiety. She couldn't sleep or eat due to the mental trauma.

When the girls reported the incident to their foster mother, the middle-aged woman did nothing to stop the attacks and even protected the rapist, Fria Tider reported. The court assessed the victims' story as "very credible and coherent". It is also supported by the testimony of several witnesses and technical evidence.

​The court found that the foster mother had a "negative attitude" toward the victims and a "positive attitude" towards the Afghan. The woman even refused to testify in the presence of the rape victim and provided information not supported by other testimonies.

"At lunch break, she wanted to approach to [the Afghan], and was told she couldn't, and so she blew him a kiss," the Gothenburg District Court wrote, as quoted by Fria Tider.

In an interview with the news outlet, the foster mother explained her behaviour as follows: "Yes, I blew him a kiss to show that I think of him."

The woman called the verdict "utterly horrible" and accused the rape victim of being a liar.