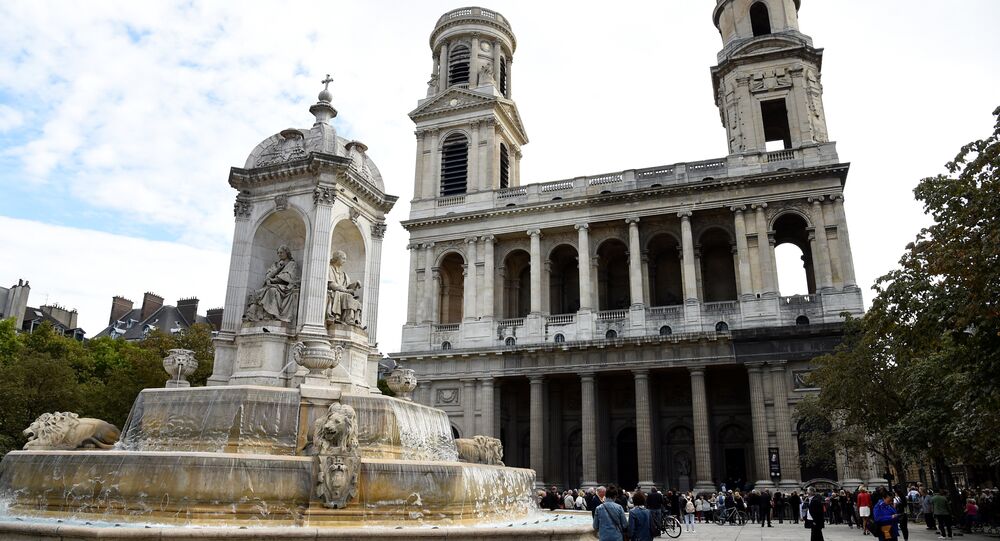 Last year, some 875 French churches were vandalised, with 129 reported thefts from the premises also taking place over the same period. An MP earlier claimed that at least two churches in the country get “profaned” every day.

A string of acts of vandalism perpetrated against churches across France led a number of local politicians to speculate that the country’s Christian heritage is being threatened by thugs motivated by “militant secularism”, the Sun reports.

According to the newspaper, the latest incidents include a fire started in the Parisian Saint-Sulpice Church, human faeces smeared on a wall in the Notre-Dame-des-Enfacts Basilica in Nimes, and an organ vandalised in the Saint-Denis Basilica.

"Saint-Sulpice is not only a church, it’s a part of who we are. That’s enough of this code of silence", he declared, while Republicans MP Valerie Boyer also said that "every day, at least two churches are profaned".

Opposition MPs Annie Genevard and Philippe Gosselin also called for a parliamentary investigation into these acts of anti-Christian vandalism.

Last year, a total of 875 churches in France were vandalised, the newspaper adds, citing figures provided by French authorities.