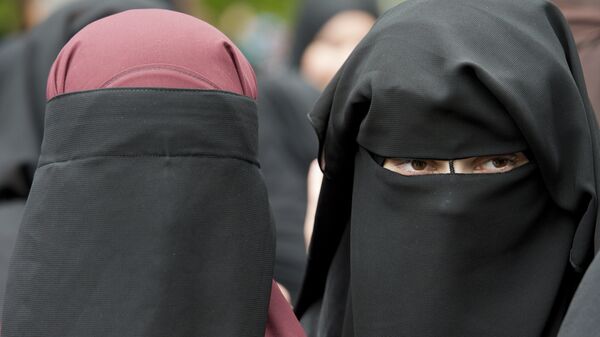 © AP Photo / Boris Roessler
Subscribe
International
India
Africa
According to the religious figure, Muslims need a state that would enable them to deliver the message of Islam to the Western world. To support his claim that Muslim culture could take over, he cited the example of the Ottoman Empire, which dominated much of southeastern Europe until the 19th century.

Palestinian cleric Abu Taqi Al-Din Al-Dari addressed Al-Aqsa mosque-goers, claiming that jihad will transform France into an Islamic state. The video of his speech was uploaded online in mid-March.

"France will become an Islamic country through jihad; the entire world will be subject to Islamic rule," the cleric said.

Threat by Jihadist 'Wives and Children' and How France, Britain Deal With It
He stressed that Muslims need a state that would enable them to deliver the message of Islam to the Western world.

Abu Taqi Al-Din Al-Dari also expressed his view on differing attitudes towards marriage, saying that French and German youth tend not to opt for marriage and are not striving to get settled down, whereas the Muslims value such unities among couples. Therefore, the cleric assumed that by 2050, France will be inhabited mostly by Muslims, rather than French people.

The cleric's comments come after Europol said that jihadism accounted for the most serious forms of terrorist activity in the EU.