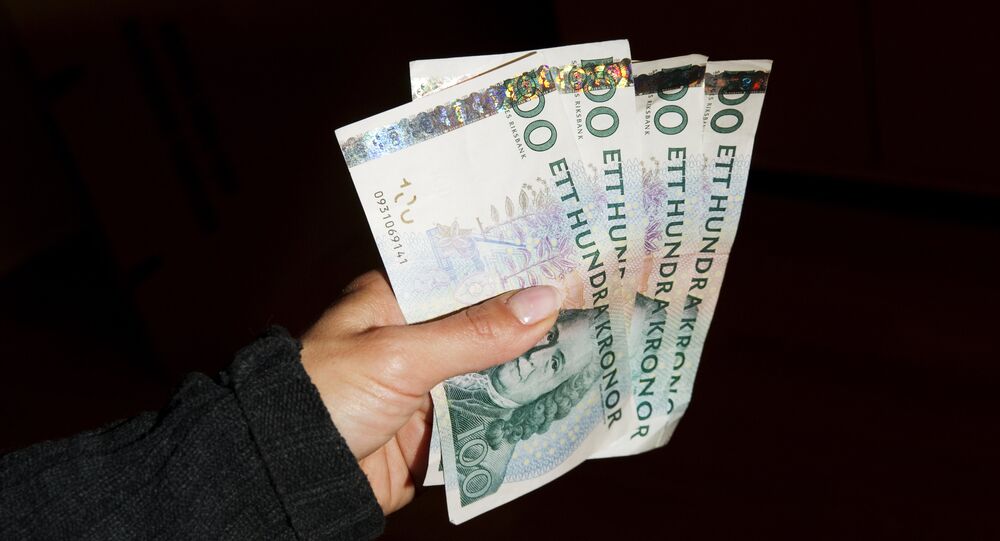 Both young and old alike want to keep cash circulating, despite predictions that Sweden could go completely cashless as early as 2023. Only a fifth of the Swedish population is ready to embrace the change, a survey shows.

Amid the Swedish government's ambitions to be come the world's first cashless society, more and more Swedes would like to retain the traditional way of payment in the future.

A total of 72 percent of Swedes are in favour of keeping traditional crisp banknotes, a new survey conducted by pollster Sifo on behalf of Bankomat AB, a chain of ATMs run in collaboration between a number of banks, has indicated. This marks a 4 percent increase compared with the previous year, when 68 percent of Swedes exhibited nostalgia for traditional bills in an increasingly digitised society.

At the same time, the proportion of Swedes who want a completely cashless society has fallen from 25 percent a year ago to 21 percent today.

Senior citizens over 65 appeared to be the most cash-positive group. There, as many as 85 percent opted for keeping cash. At about two million out of Sweden's 10 million strong population, they are a force to be reckoned with.

Among the younger populace aged between 18 and 29, that is the group that is most used to digital payment, a solid 62 percent wanted to keep their cash, while 29 percent chose a completely cashless society.

In 2017, Niklas Arvidsson, associate professor of industrial dynamics at the Royal Institute of Technology (KTH) predicted that Sweden will go cashfree in 2023 and was specific enough to name a date, March 24. His study has unleashed a debate about the future of payments.

"I believe that the recent debate on the issue has made more people aware of the risks that come with a completely cashless society", Bankomat AB manager Johan Nilsson explained. "Despite the fact that more and more people are choosing to pay digitally, support for retaining cash as a way of paying also increases. As long as there is a need for cash, we at Bankomat will do all in our power to keep it available", Nilsson pledged.

Nilsson stressed that over 1 million Swedes currently live in digital exclusion. For them to be able to handle their payments in an increasingly digitised society, the state must shoulder greater responsibility for maintaining the cash infrastructure, Nilsson said, calling it "socially important".

As of today, four out of five purchases in Sweden (around 80 percent) are made electronically, and Sweden's Central Bank, Riksbanken estimates that in the years 2012 to 2020, cash in circulation will have declined by up to 50 percent. Swedes mainly use debit cards and payment apps, such as Swish. In a study by KTH, the popular app has already been credited with reducing the amount of cash in circulation.