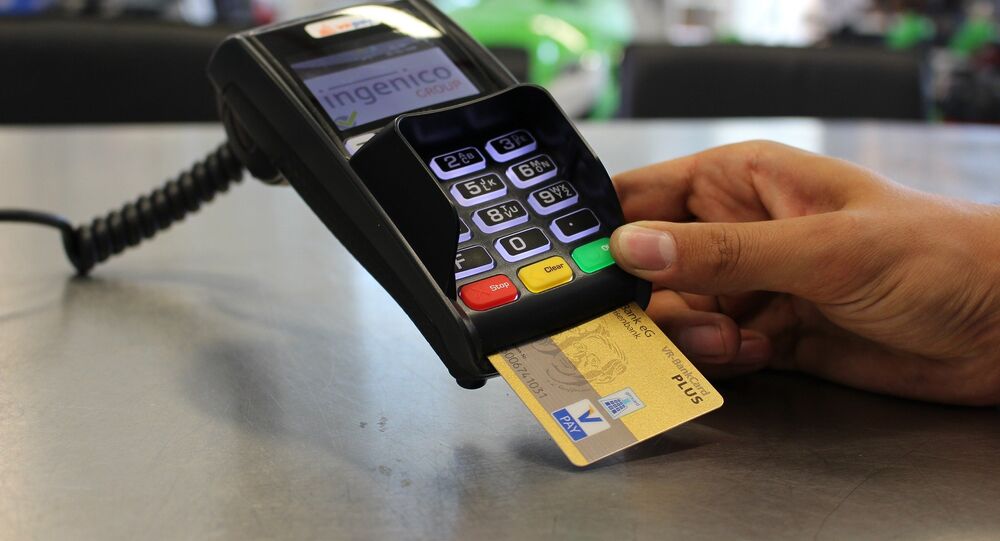 Sweden already leads the world in using noncash methods of payment and, according to a new study, could well become the world's first cashless society in just five years from now.

Last year, only a meager 1 percent of the value of all payments was made using coins or notes in Sweden. The smooth transition toward a totally cashless society could be completed already in 2023, when shops are likely to stop accepting cash altogether, a study from the Royal Institute of Technology (KTH) and the Copenhagen School of Economics suggested.

After extrapolating the decreasing use of cash against the rising cost of handling cash, researchers Niklas Arvidsson and Jonas Hedman suggested the world's first cashless society may become reality already on March 24, 2023, which they called the most likely critical point.

© AFP 2021 / TT NEWS AGENCY / PONTUS LUNDAHL
Pensioners Bicker as Sweden is Set to Become World's First Cashless Society
In a related poll that Arvidsson and Hedman conducted among shop-owners, half of them subscribed to the notion that cash transactions will stop at around 2025. According to the research, however, it's the consumers who are the main drivers behind the change.

"At present, 97 percent of traders accept cash, but only 18 percent of consumer payments are made in cash. So it's the consumers that are the driving force," Niklas Arvidsson told the trade web outlet ComputerSweden.

However, consumers are being spurred into abandoning cash by banks and trade unions, in an effort to reduce the risk of robbery.

Additionally, cash management remains a significant item of expense in today's trade. Niklas Arvidsson pointed out that an average trader spends 113 minutes a day on in.

"This means a cost of SEK 182,000 [$22,500] per year for an annual cash turnover of SEK 4.6 million [$570,000], which is the average of the 741 grocery retailers surveyed. This corresponds to roughly 3.9 percent of each purchase, and it is a cost most merchants are unaware of," Arvidsson explained. By contrast payment by bank card only amounts to 0.4 percent of the amount, he pointed out.

"We are a small country that has had a stable democracy for a long time. For us, it's not a problem that the money is only visible on an internet site, we trust it," he explained.

Despite the progress made so far, there are still large groups whose readiness for transition evokes doubt. According to Arvidsson, these are the elderly people, people with disabilities, immigrants and small businesses.

As of today, most payments are by card. By contrast, the percentage of mobile phone payments barley registers, accounting for only 0.4 percent of all payments performed in Sweden, despite large investments by companies.

For the first time in 30 years, #ABBA reunited for a gig in Stockholm this past weekend.https://t.co/0JDwIVZW4R pic.twitter.com/WACZvkMU6y

​Of late, many shops and museums, including tourist attractions, such as the Abba Museum, have switched to plastic-only payments. Björn Ulvaeus, the leader of the iconic pop band that reached cult status for its hit "Money, Money, Money" is one of the Nordic nation's most vocal supporters of the cashless trend, after his son lost a significant amount of money in a burglary. Earlier this year, Ulvaeus published an opinion piece in the tabloid newspaper Expressen advocating for a decisive switch to a cashless society.

Ironically, Sweden became to first European nation to print banknotes, which were introduced in mid-17th century by the Bank of Stockholm.