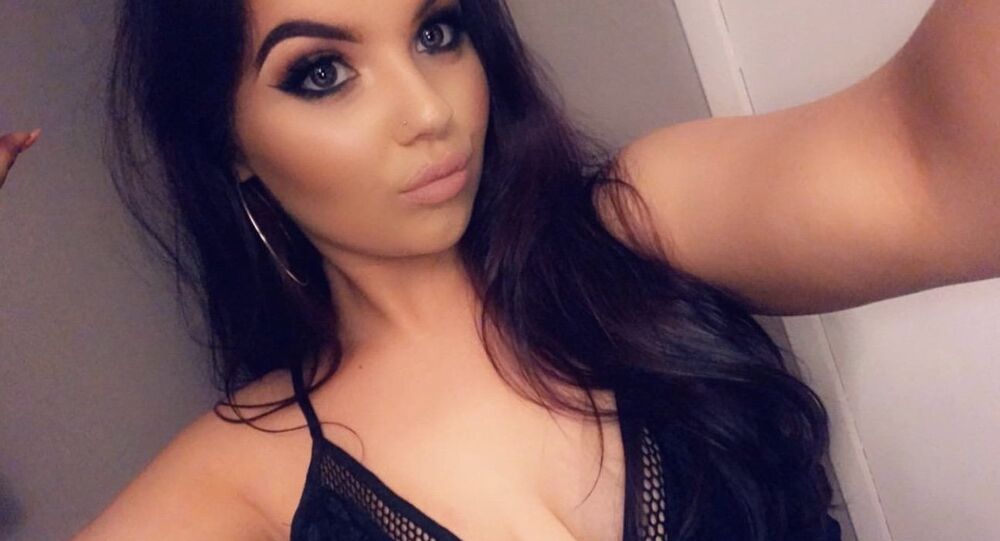 Even though a 19-year-old Scottish girl had noticed that her periods were absent, she didn’t even consider that she could be pregnant since she had no other symptoms.

Emmalouise Leggate from Glasgow had no idea that she was even pregnant: she had no baby bump until the very last moments before going into labour – something, which has also become a mystery for doctors, The Mirror reported.

“The doctors couldn’t explain why I didn’t have a bump. They just told me that she must have been sitting in my lower back and that it is quite common”, she said.

The 19-year-old has repeatedly emphasised that for the entire pregnancy she had no symptoms: no morning sickness, or any bizarre food cravings, never felt her baby kick and thought that her absent periods was a side-effect from the pill.

The young woman, who was living at home with her mother and one-year-old daughter Caoimhe, revealed that bump only appeared overnight, and her entire family was shocked:

“The bump popped out literally out of the blue that one morning. I had woken up and you could tell it was a bump. It was dead high up. I was really shocked afterwards. It didn’t feel real. My nanna was in that much shock that she didn’t want to believe it. We were really lucky she was okay. I hadn’t taken a pregnancy test, I had no symptoms, nothing. Nothing at all”.

She was rushed to the hospital, but it was too late: Emmalouise gave birth to her baby girl in the backseat of the car. Luckily, baby Ciara was born perfectly healthy, making Emmalouise and her partner Sean Lamont happy parents for a second time.

The weird pregnancy has become a real life lesson for Emmalouise, who has, just in case, decided to change her method of contraception to not wake up with any surprise baby bumps in the middle of the night.

"It's changed the way I think about contraception. I ended up going on the coil just after Ciara. I'm safe just now. I take pregnancy tests nowadays too just in case".