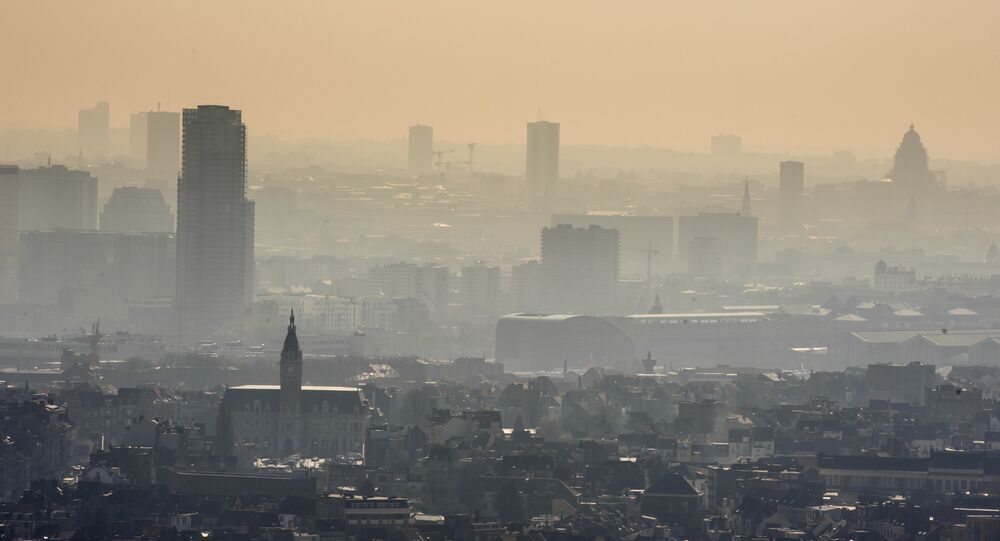 "Those who want to be granted our [Belgian] citizenship will have to give up their original citizenship. Belgian citizenship is not a right, it is a reward. It symbolizes a successful full integration", the bill reads.

The migration bill also proposes that people living in Belgium without a visa should lose their right to seek asylum there and be returned to their country of origin.

The legislation states that it supports regulated, organized and limited migration that would let Flanders, the Dutch-speaking northern part of Belgium, choose "who and how many" can live there.

© Photo : Eran Cicurel/twitter
Jews on Money Bags, KKK Outfits, Blackface: Belgium Ripped Over Annual Carnival
The large proportion of naturalized citizens in Belgium have reportedly pushed the country's authorities to introduce tougher naturalization requirements for foreign nationals, which were adopted by the country's parliament in October 2012 and came into effect on 1 January 2013. In particular, the new migration legislation required all applicants to live in Belgium for at least five years, speak one of the country's three official languages (French, Dutch or German) fluently and have a job with regular income.

The N-VA, the largest party in Belgium, quit the government coalition last December over a divisive UN migration pact that was designed to strengthen global cooperation on migration. The pact represents the international community's attempt to establish a common global approach to all aspects of international migration. It comprises 23 objectives for better managing migration at local, national, regional, and global levels.

Belgian Prime Minister Charles Michel has resigned reportedly over the migration issue and a caretaker government was formed to run the country until a new vote in May.

Russia to Conduct Observation Flight Over Belgium, Netherlands Next Week