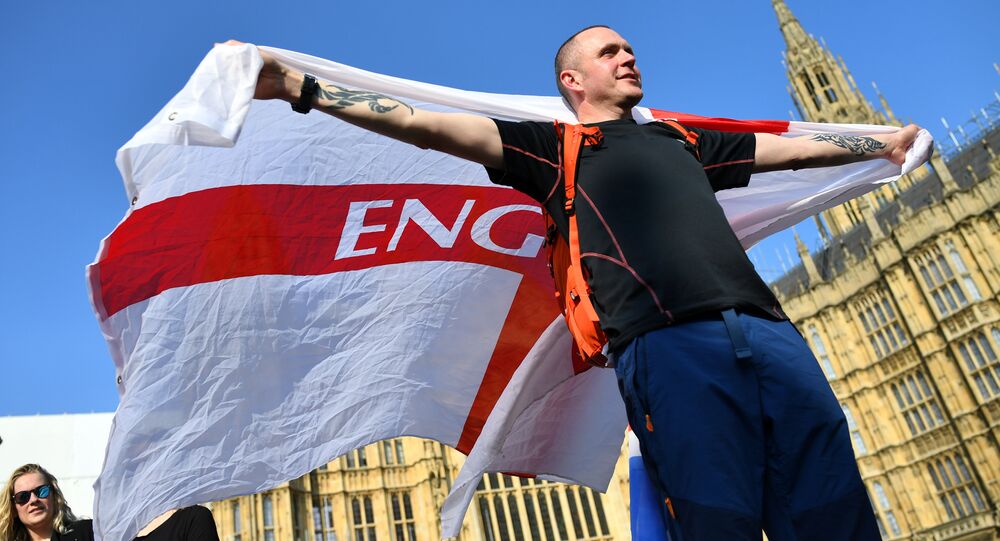 Following the vote on Friday, the UK PM Theresa May addressed the parliamentarians, stressing that the government will continue to press the case for an orderly Brexit.

GOVERNMENT DEFEAT: The House of Commons has voted not to approve the Government's #WithdrawalAgreement with the EU.

344 MPs voted against the Government motion, with 286 in favour — a majority of 58. pic.twitter.com/jaeunVghPa

The PM admitted that the UK Parliament was "reaching the limits of this process", but despite its rejection of the no-deal scenario and "all variations" of the deal, Monday will see the government pressing on with the negotiations.

The European Council President Donald Tusk responded to the outcome of the vote, saying:

"In view of the rejection of the Withdrawal Agreement by the House of Commons, I have decided to call a European Council on 10 April."

In view of the rejection of the Withdrawal Agreement by the House of Commons, I have decided to call a European Council on 10 April. #Brexit

"The Commission regrets the negative vote in the House of Commons today," a spokesman said, adding that the EU has given London until April 12 to inform it of the next steps. "It will be for the UK to indicate the way forward before that date," the EU Commission said.

"No-deal” scenario on 12 April is now a likely scenario. The EU has been preparing for this since 12/2017. Now fully prepared. We will remain united. Benefits of WA, including transition period, will not be replicated in “no-deal” scenario. Sectoral mini-deals are not an option. pic.twitter.com/JJndIjMtTy

The Dutch Prime Minister Mark Rutte said on Friday that the risk of Britain crashing out of the EU was 'very real' after Westminster rejected the Withdrawal Agreement.

"The risk of a no-deal Brexit is very real. One of the two routes to an orderly Brexit seems now to be closed. This leaves only the other route, which is for the British to make clear what they want before April 12," Rutte told reporters.

"Ireland has been preparing intensively for a No Deal scenario. But no one should under-estimate the difficulties that a No Deal will present, for all of us, including the UK. It is not clear that the UK has fully understood that No Deal is not off the agenda. Rather, it's a growing possibility," Varadkar said.

He added that in case Westminster decides to seek a long extension, the European Union should be open to such a development.

"The Prime Minister should accept that her deal has been defeated three times… Quite simply, the Prime Minister has failed to take this deal forward. She doesn't have the confidence of the House. The PM has indicated her departure. She should now go and we should be having a general election," Blackford said.

Parliament has the chance and responsibility to agree a better deal for all the people of this country. pic.twitter.com/DFnofzdwl0

"This must be the final defeat for Theresa May's deal. It's finished. And we must move on. It has not passed. It will not pass. I regret to say it is time for Theresa May to follow through on her words and make way so that a new leader can deliver a withdrawal agreement which will be passed by Parliament."

UK Transport Minister Chris Grayling disagreed, arguing "the last thing this country needs is a general election," adding it would not help to have an immediate leadership contest.

"Today's vote is one MPs will come to regret," says Chris Grayling, adding a General Election would bring chaos pic.twitter.com/5ZzYmtfM5t

Earlier this week, Theresa May said in her speech to the 1922 Committee meeting of Conservative lawmakers, that if her deal received the MPs' backing, she would leave the post of the PM.

On Friday, May's spokesman said that the PM didn't believe a general election was in the national interest.

May seeks a deal that allows UK to leave EU as soon as possible, and Monday will show more in terms of indicative votes, the spokesman added.

It may also be the case that the UK will contest European elections, scheduled for end of May, according to Theresa May's spokesperson.