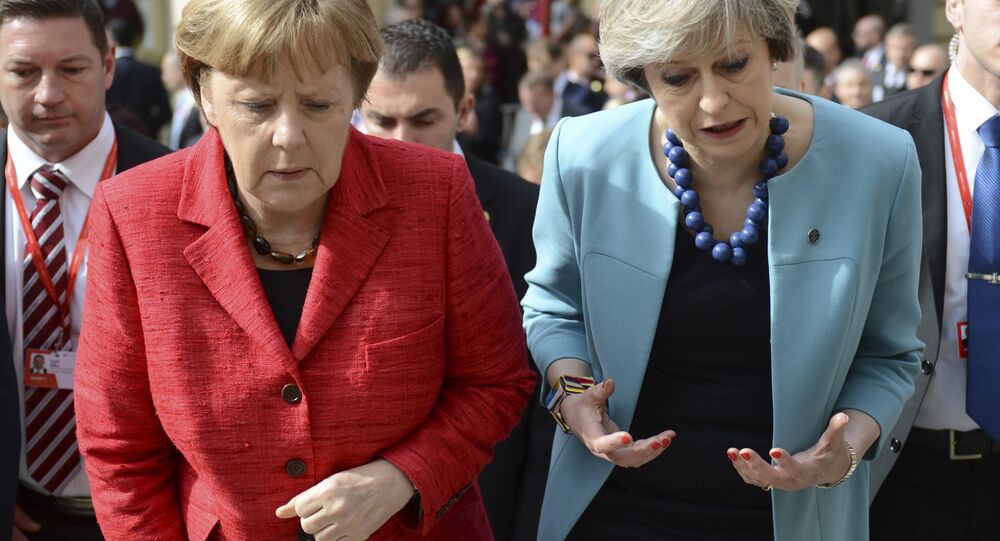 The statement comes a day after the European Commission stressed that any extension to Article 50 would bring "serious" risks to the Brexit process, with EC President Jean-Claude Juncker reportedly saying that the UK should leave by 23 May.

According to German Chancellor Angela Merkel, Brussels could approve a short delay to Brexit in principle so long as Britain's Parliament passes a twice-rejected withdrawal deal next week.

"We can comply in principle with this request if we were to have a positive vote next week on the withdrawal documents in the British Parliament", Merkel told German lawmakers, adding that if the deal isn't passed next week the EU would "keep open whether there has to be another meeting of the European Council before the withdrawal date".

READ MORE: France Insists May Will Have to Explain Brexit Extension as 'It's Not Solution'

© AP Photo / Andrew Harnik
"My Father Warned You": Trump Jr Slams UK PM May for 'Sabotaging' Brexit
She noted, however, that the EU must ensure the legitimacy of the European elections.

After voting down May's Brexit agreement, and rejecting a no-deal solution, the UK parliament supported a motion last week suggesting to extend the withdrawal period from the bloc beyond 29 March. For its part, the European Union is yet to endorse the Brexit extension.