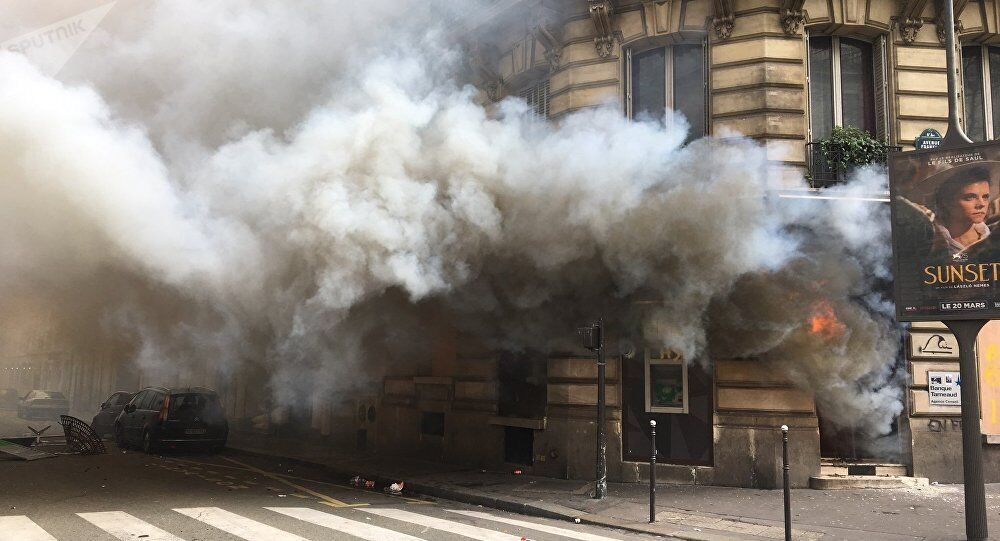 France's ‘Fairground King’ Promises to Bring Country to Standstill in May

Last weekend, traveling circus workers staged the so-called “operation escargot”, or a go-slow on the main Paris ring road in protest against the new rules for tenders for city fairs. The action caused huge traffic jams, adding more chaos to the French capital on Sunday.

Thousands of people took to the streets of Paris: yellow vests on the Champs-Élysées, while environmental groups staged the so-called "March of the Century" to oppose climate change — on Place de la Republique. On Sunday, they were replaced by a massive demonstration of the Algerian opposition.

© Sputnik
Yellow Vests to 'Continue Fighting' Whatever Security Measures Gov't Takes - Spokesman
Mr. Campion, 77, a flamboyant figure who is nicknamed the "fairground king" or the "gypsy CEO", has vowed to lead protests by eight trade unions which he claims will "bring Paris to a standstill".

Marcel Campion, France's funfair tycoon who led the fair business association until October last year, is often referred to as "fairground king" or the "gypsy CEO". At French fairs, you can find high-tech roller coasters and crazy carousels, as well as simple game stalls like catching ducks in the pool, which are traditionally owned by ethnic Manush Gypsies.

The scandal between Paris City Hall and the undisputed leader of fairs, Mr. Campion, has been going on for almost a year, but it seems to have reached a new level:

"We will choose a day in May and block the whole of France, Marcel Campion declared from the stage. It will not be like today (where 200 trucks took part in the action). There will be 50,000 trucks, as there are 300,000 families working in this business throughout France".

The fairground legend explained his position to Sputnik:

"[There's not very many of us here today], Saturday is a hot day for fairground owners. Saturdays is when they make a profit. But besides our centralized protest there were many other independent ones. That is why we challenge the government — let's call it an ‘ultimatum' — that in May, on one of the working days, we will stage a total mobilization (all over France). Today is the first wake-up call. We are just calmly talking about our problems, hoping that the government will hear us".

Sputnik France: Does it bother you that while on Champs-Élysées Avenue, just a few kilometres away, scenes of violence and destruction are unfolding, you're staging a "good-natured" protest near Place de la Nation?

"No, I'm not bothered. Demonstrations are needed for us to be heard. Violence is not an option. But maybe circumstance have driven people to this point… They have nothing to lose. There is this side of things. I hope that in our case it will not come to this, and we will be heard before that."