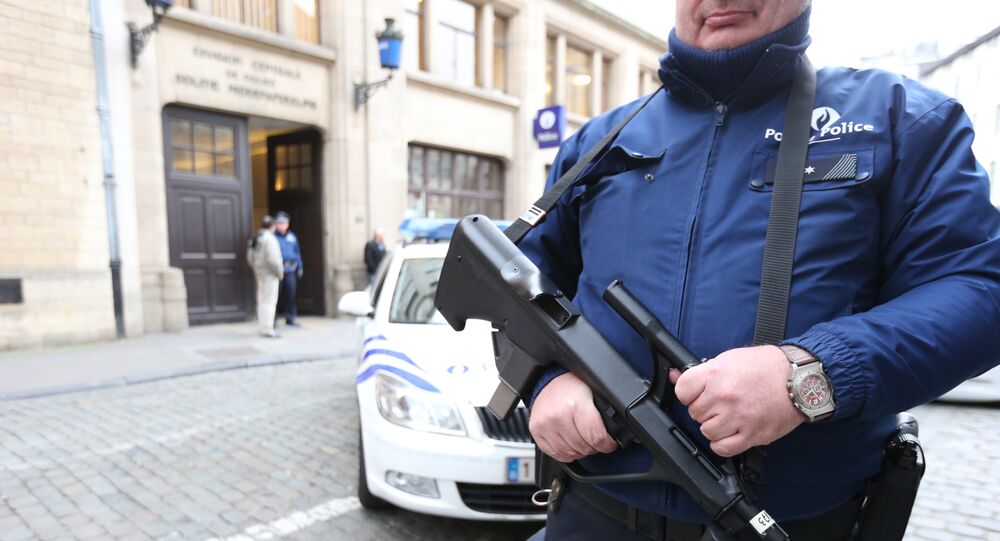 During the court hearing in Brussels, 33-year-old Mehdi Nemmouche, a French-born jihadist of Algerian origin, was convicted of opening fire with a Kalashnikov assault rifle and a handgun at the city's Jewish Museum in May 2014, killing two tourists — an Israeli married couple — and two museum employees.

Local media reported Tuesday that Nemmouche has been given life sentence for killing four people "in terrorist context" in the Jewish Museum in Brussels. According to broadcaster RTBF, the ruling was passed down by the board of judges early on Tuesday.

The trial of Nemmouche lasted for two months. Nemmouche, a multiple criminal offender who was initially radicalized in French prison and had reportedly later fought on the side of the Daesh terror group between January 2013 and February 2014, was arrested in Marseilles six days after the attack.

During the trial, French journalists who had been held hostage by Daesh in Syria recognized Nemmouche as their captor, detailing his cruelty.

Another Frenchman and Nemmouche’s former fellow inmate, Nacer Bendrer, 30, was found guilty of aiding the perpetrator through supplying the weapons for the attack. He was sentenced to 15 years' imprisonment.

© CC0
EU Commissioner Warns Daesh Terror Funding May Be Transferred to Europe Amid Losses in Iraq, Syria
Despite the mass of evidence, defense lawyers for Nemmouche and Bendrer came up with a far-fetched theory for which they brought strictly no proof. In particular, Nemmouche’s defense claimed that the killing was not a Daesh attack, but a "targeted execution of Mossad agents", in which alleged agents of the Lebanese or Iranian services implicated Nemmouche without his knowledge.

According to local media reports, in total, the prosecution documented "a wall of evidence: 23 pieces" that obviously made the case evident to the jury. Nemmouche pleaded not guilty and denied everything, as did Bendrer. Telephone messages and video-surveillance pictures showed clearly the link established between the two during their years of custody in France.

*Daesh (also IS/ ISIL/ISIS/Islamic State) is a terrorist group banned in Russia and many other countries.