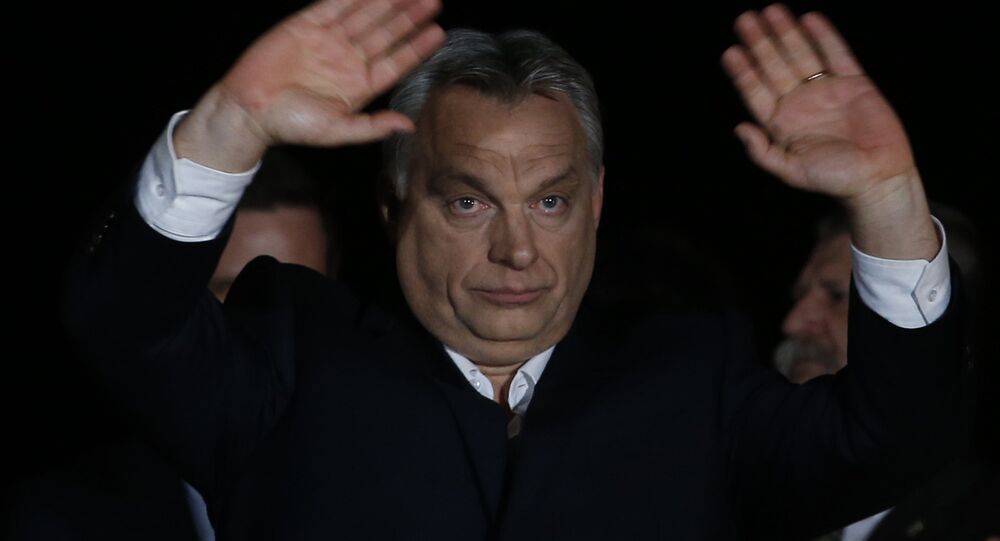 Several Christian Democrat parties have voiced their opposition to the continued membership of Hungary's ruling party Fidesz, which is known for its tough stance on the migrant problem, the EU Observer reported citing a letter to the group’s presidency.

At least seven parties, including Dutch and Portuguese parties, have requested the expulsion or suspension of their fellow member, Hungary's Fidesz because the Hungarian PM "has been acting in striking contradiction" with the EPP's Christian Democratic values, France 24 reported citing a letter signed by several European MPs.

The EPP, according to them, was too important "to be undermined within our own ranks by what we are so determined to fight: nationalism-based populism and open hostility against European integration".

"The EPP family cannot include members that do not fully respect the fundamental principles of a liberal democracy", secretary general of the Christian Democrats Peter Kullgren stated in a letter addressed to the president of the European People's Party (EPP), Joseph Daul, dated 27 February, as quoted by the EU Observer.

The current Hungarian government has been voicing protest against unchecked immigration. Prime Minister Viktor Orban emphasised in January last year that his country was against an EU scheme with migrant resettlement quotas.

READ MORE: Hungary PM May Face More Calls for Expulsion From EPP Amid His Row With Juncker

Orban, one of the European Union's staunchest opponents of the mandatory migrant resettlement quotas, stated on 10 January 2018 that Hungary wanted to gain an anti-immigration majority in EU institutions, including the European Parliament and the European Commission.

On 28 February 2019, the EU published a video on Twitter blasting the Hungarian government's campaign.

The Hungarian government campaign distorts the truth and seeks to paint a dark picture of a secret plot to drive more migration to Europe. There is no conspiracy.
Here is our answer to the campaign “You too have the right to know what Brussels is planning” https://t.co/vELEPnmpJg pic.twitter.com/jQTD9Ol5Cw

European Commission President Jean-Claude Juncker has also suggested that Hungary's ruling party Fidesz should be expelled from the EPP, saying "there are certain votes you just don't want".